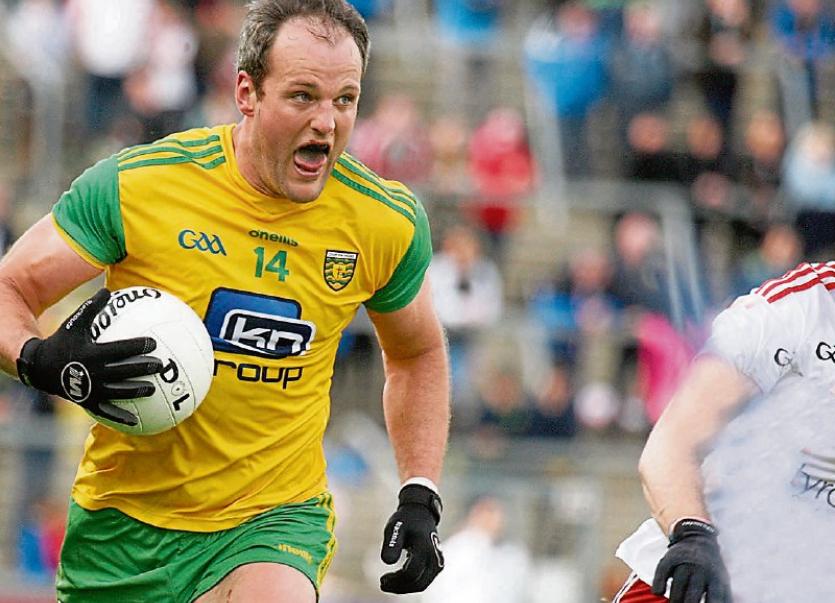 The use of language on a football field can be a hot topic and many things can be said in the heat of battle. When there is so much at stake, language, parliamentary or otherwise, is used that might not be used in normal conversation.

There should be limits and there should also be limits when analysts come on our screens to give their opinions on why games are won or lost, or on incidents that occur in those games.

On Saturday night last after arriving home from Kingspan Breffni Park in Cavan, the first task was to turn on the TV and re-live Donegal’s great display in overcoming their recent bogey team, Tyrone, in one of their best displays in a long time.

It was a good experience watching it again, but listening to the analysis at half-time and full-time, was a nauseating experience. Joe Brolly and Colm O’Rourke were in the studio and Brolly, a barrister, was vitriolic in his criticism of Mickey Harte’s management of the Tyrone team.

He was allowed by the presenter Joanne Cantwell to vilify the Tyrone manager in a way that was well beyond the boundaries. The following day in his column in the Sunday Independent he continued with this barrage of criticism of Harte and some of the words used were way out of order. When you are talking about someone who is managing a team on a voluntary basis, words like monkey and jigsaw puzzle are well beyond normal limits. I just wonder what editor allowed them to be used?

Tyrone were defeated in the All-Ireland final last year and Mickey Harte was working with a Plan B this year. That it did not work on Saturday night was down to Donegal blitzing them in the opening ten minutes; losing Peter Harte to a black card and Donegal then managing the game very well, just as they did against Fermanagh.

There are many views on Mickey Harte's reign in Tyrone and being there for such a long time means that opinions are divided. There is nothing wrong in scrutinising his management but there are lines of decency which should not be crossed.

Brolly was probably correct when defending Michael Murphy against an onslaught from Colm O’Rourke in the pre-match build-up, but then seemed to have an agenda against Tyrone in the aftermath of the game.

The pair almost came to fisticuffs over Murphy’s status as a player of note. Amazingly, O’Rourke doesn’t seem to rate him and feels he doesn’t do it on the big days! How many players have the record of leading out their county in eight provincial finals in nine years? And especially in the province of Ulster.

These are heady times for Donegal once more. The emergence of Jamie Brennan as one of the best forwards in the country; the return of Patrick McBrearty and the championship debut of Oisin Gallen - just three plusses for the management team that seems to be getting things together for a long summer. And not forgetting the progression of Stephen McMenamin as a defender of note.

The arrival of Stephen Rochford seems to have made Donegal more streetwise. Declan Bonner has a strong team around him and expectations have risen again.

But any euphoria that might have been around was dampened on Sunday evening when Cavan amassed 0-23 in overcoming Armagh in another competitive Ulster semi-final replay. What is happening in Ulster with all these big scores?

Cavan have a great running game and Cian Mackey again made a big impact from the bench.

The clash of Donegal and Cavan will bring back memories of 1983 for us more senior citizens and Michael Carr with a black eye receiving the man of the match award (although Martin McHugh must have ran him close scoring 0-7). McHugh wasn’t on the field at the finish and it later transpired that he had a collapsed lung and spent a few days in Letterkenny hospital.

Looking at the 1983 game on YouTube, it was tough and hard. If you got through the defence on either side you did so with some trepidation.

In more recent times Declan Bonner will remember meeting the Breffni men in his first coming as Donegal manager in the semi-final of 1997 (with McHugh in charge of Cavan). That game went the way of Cavan 2-16 to 2-10.

Sunday week will be a colourful one as Cavan will turn out in big numbers - their first Ulster final since 2001 - and they are a big football county. Donegal need to match them with numbers as they have the team to match them on the field.