Four Masters hold on for one-point victory in Glencolmcille 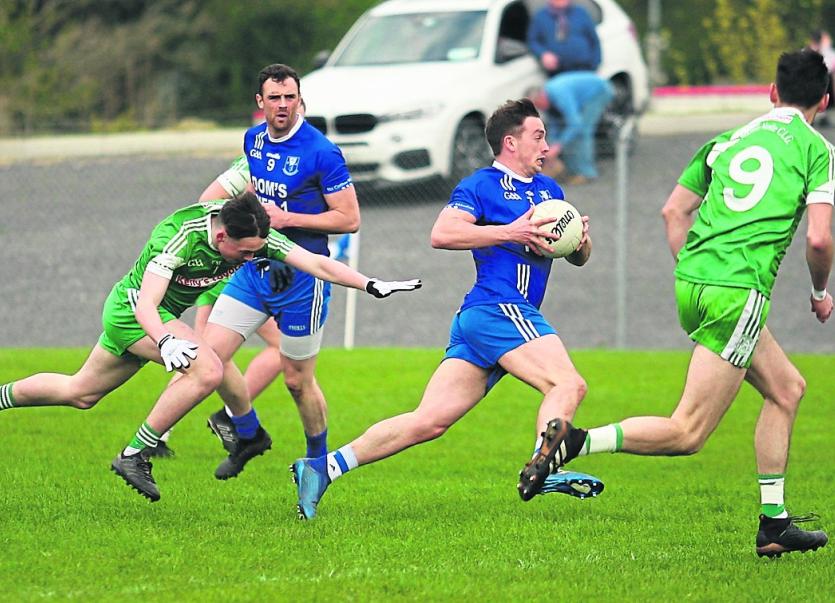 John Boyle, part of the Four Masters team who enjoyed a good win at Naomh Columba

Four Masters came away with two valuable points from Pairc na nGael with a narrow win in Division Two on Sunday.

Glen's Ryan McNern got the scores under way before Ronan McHugh equalised for the Masters.

Points from Paddy Byrne and a Ronan Gillespie free added to Glen’s lead before a Four Masters penalty after 15 minutes which was converted by Thomas McGowan, brought the Doneagl town men back into the picture.

Naomh Columba got further scores from Kieran McBrearty and Declan McGuire leaving it Glen 0-6, Four Masters 1-1 at the break. The away team were dealt a blow when they lost goalkeeper Martin Cassidy to a red card before half-time.

Ryan Gillespie put Glen three points ahead early in the second half. But then a crucial 1-3 without reply,  three points from Connor McDaid and a second goal from Thomas McGowan, put Four Masters three points up.

It was point for point up to the end until Oisin Reid hit the final score for Four Masters.

But Naomh Columba battled bravely with a late Ryan Gillespie free and an Aaron Doherty point. However, Four Masters survived to clinch a narrow one point win.