The facility was opened by Jason McGee last week 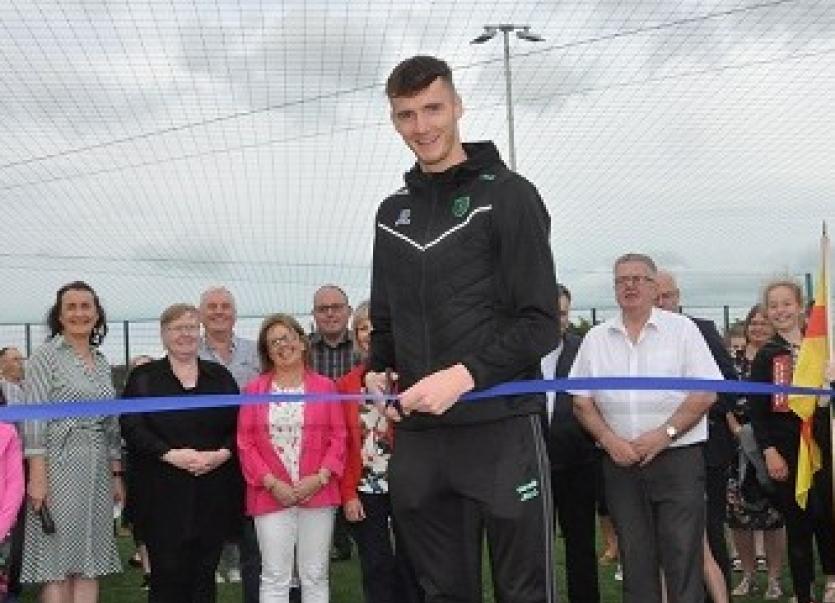 The state-of-the art pitch is located on the Ballina Housing Estate. It was developed by Hawthorn Heights Limited.

The bulk of the €144,480 funding for the project  came from the LEADER Programme with the local Resource Centre committee Pobal Eascarrach raising the rest of the funds.

The new playing pitch is already proving to be a big success since it was completed and the facility recently co-hosted a charity fundraiser soccer tournament which was organised by the Falcarragh Celtic Supporters Club.

He said: “It’s a great honour to be asked to officially open this facility today, and I was delighted to hear that we were finally getting a new astro pitch here on the estate”

The importance of the facility and the role that Pobal Eascarrach plays within the community was highlighted by the Leas Cheann Comhairle and TD Pat `the Cope’ Gallagher  who congratulated the committee on the foresight they had shown in acquiring the pitch and on the development programme they had carried out.