'Round the Houses' cycle in Ballyshannon next Thursday night 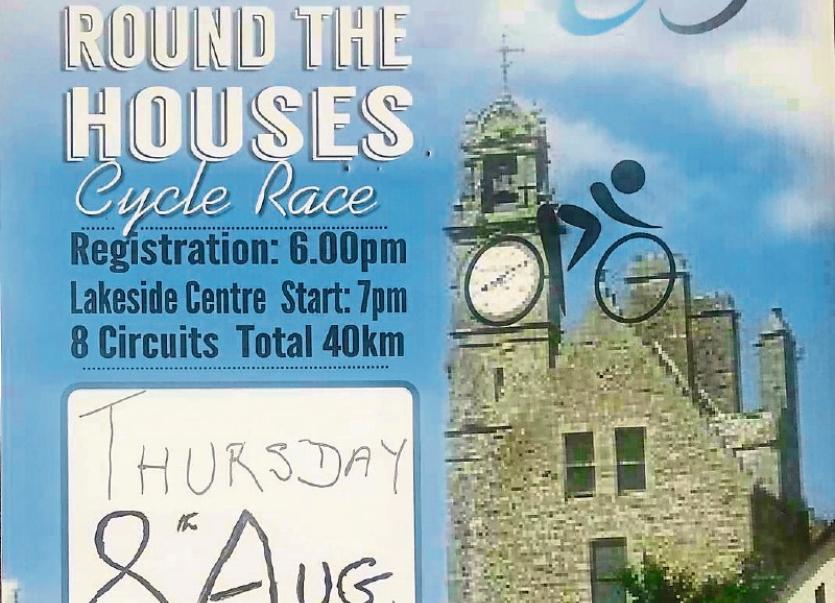 Ballyshannon is looking forward to its sixth annual "Round the Houses" bicycle race which is organised by local club Donegal Bay Cycling Club. It is going to be a great spectacle to be enjoyed by all who come out to watch it on next Thursday August 8 at 7.00pm. Cyclists taking part are members of and rules of Cycling Ireland apply.

It is one of the few cycling races that can be enjoyed by the public as it takes part in essentially in the town of Ballyshannon. The race is almost 40Km over eight circuits of the town including eight times up the Main Street - at least category 2 climb - which will test even the strongest of cyclists.

Clubs from all over are expected including all neighbouring counties - and include Tirchonnail GAP from Glenties, Lakeland Cyclists from Enniskillen, Four Masters Letterkenny, Strabane Lifford CC to name but a few.

70 cyclists are expected including ladies and juniors and winner prizes for all categories. Multi medal winner and Olympian cyclist Katie-George Dunleavy will start the race and present prizes in McIntyres' Mall Bar after the event.

The Main Street will be closed to all traffic on the night from 7.00pm to 9.00pm for the event to ensure safety of cyclists and public. The event will be well marshalled by DBCC and our colleagues from MSC Triathlon Club who always assist on the occasion.

Donegal Bay Cycling Club had a very successful year and league which finished last Thursday with a time trial on the Barnesmore circuit and presentation to winners in Biddys after the event .

The Summer League was won by Peter Mc Gee from Tirchonnail GAP Club.