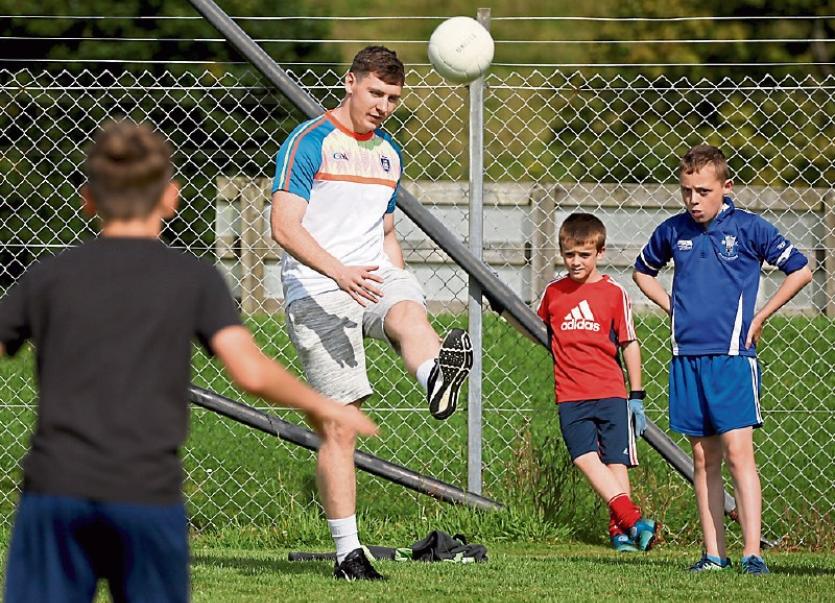 Will Donegal beat Mayo? Not if they have Willie Joe? The great Willie Joe Padden was a GAA super hero in Mayo 30 years ago and I believe that the current Mayo team will need a few Willie Joes if they are to beat Donegal on Saturday evening. Current form dictates that the men from the west have quite a distance to make up on the current Ulster champions if they are to upset the odds.

This is not to disrespect Mayo but they know that they will have to rediscover their 2017 form if they have any chance of beating an excellent Donegal outfit. They last won the Connaught title in 2015 and have lost five All-Ireland finals since 2012.

These are tough facts to swallow for the Mayo followers and even tougher for the Mayo players, many of whom are still in the squad. They again failed dismally at the end of May this year when they were beaten by an average Roscommon team in the Connacht semi-final. This game was played in Castlebar, their home venue, the same pitch that they will play Donegal in a winner takes all encounter.

Home venues count for little in the modern game though. Elite teams are able to disengage with the partisan crowds and focus on what is taking place within the confines of the pitch. I feel that Mayo are the team under pressure and will be under the cosh from the throw-in. They lack the scoring threat up front and have been unable to shore up their defence as they used to in better times.

I genuinely cannot see how they are going to outscore this rampant Donegal team. We will be back to full strength for this match bar Eoghan Bán Gallagher which doesn’t augur well for Mayo’s chances. This is an attractive fixture for supporters and media alike.

We all like to watch great games such as the one that Donegal and Kerry served up in Croke Park recently. One would expect Mayo to put up a fight but that’s perhaps all that they will be able to do.

Some Donegal followers are fretting about this game because they see Mayo as a major threat. I don’t. Declan Bonner and his charges will believe in the Donegal team’s ability to win this game, just as we the supporters should. This is not being arrogant. I have assured confidence in Donegal, having watched the new players mature, develop and integrate into the system.

This team have gone from strength to strength with every game. Even in a position of adversity when we lined out without a number of first team players against Kerry, we still managed to get a result. Those players who came in as replacements did very well against Kerry and will be pushing our regulars for starting places. We now have strength in depth in the squad, something which we lacked since 2014. It took a bit of time for our young stars to develop but they are well up to the mark now.

As mentioned in a previous article, Donegal have another ace up their sleeves, who has only come to the media’s attention in recent weeks. Stephen Rochford’s addition to our backroom team was a masterstroke by Declan Bonner. The former Mayo manager will know this Mayo team inside out.

Donegal’s tactics against Kerry differed from those of previous games in that Donegal went toe to toe and rarely used the sweeper system. Mayo will fear our attacking unit and will surely pack their defence. As a member of the Donegal medical team, I vividly remember our National League game against Mayo in Castlebar on 23rd March 2013

We had beaten them the previous September in the All-Ireland final in 2012. There was an edgy atmosphere in MacHale Park that day. Mayo weren’t happy and were adamant on making amends for their All-Ireland defeat. They exacted revenge, however petty. Their victory sent us to Division 2 of the National League. Six years is a long time. We’ve had our fallow period but have recovered and replenished our squad. Mayo are still clinging on.

The last championship trophy that they won was back in 2015 when they claimed the Connacht title. I do appreciate that Mayo have been plagued with a litany of injuries this past two seasons which certainly hasn’t helped their cause. They won the National League title this season but there’s a world of a difference between the league and championship.

As GAA supporters, we’ve watched Mayo over recent times when they failed to get over the line in five All-Ireland finals. In Donegal, we identify easily with Mayo because we are similar peoples from similar counties and both sets of natives are passionate about Gaelic football. We have many Mayo people resident in Donegal and vice versa.

Many years ago, when I wore the county colours, I met one of the Mayo players socially after a league game that we played in Castlebar. He was the first person from whom I heard the phrase “Are you keeping the faith”? I wasn’t back then but I am now and will do for Saturday evening.