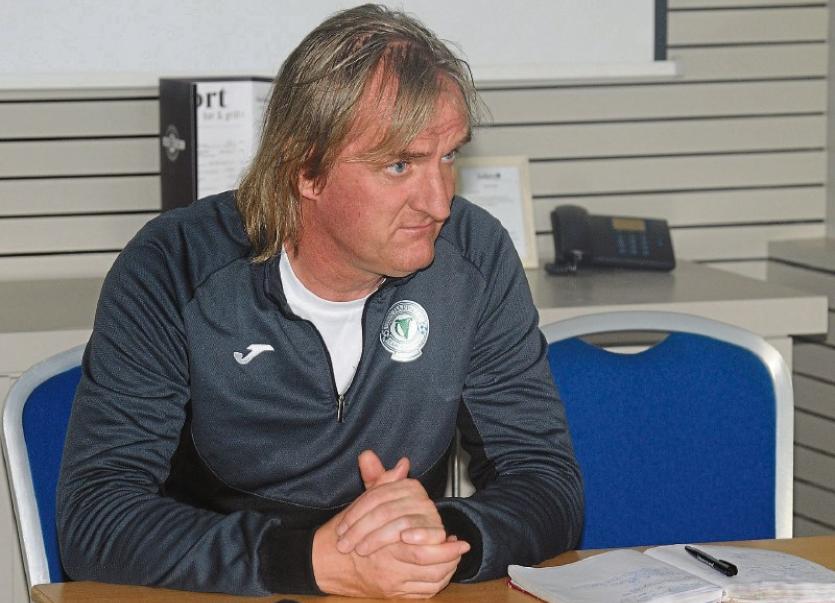 Finn Harps are seeking a third win on the trot in the Airtricity Premier League this Friday but the visitors to Finn Park, Bohemians, will be still strongly fancied to take all three points.

Harps have collected ten points from their last five games and go into the match on the back of morale boosting wins against Waterford - their first away victory of the season - and the derby success over Derry City last time out.

But manager Ollie Horgan is under no illusions about their next test, and would gladly grab a point in advance of this game against a side who lie third in the table.

“Bohs are up there for a reason, they have done brilliantly,” he said. “Defensively they are very, very strong, and they rotate players about. And then you have layers like Keith Ward and Danny Mandrious who are fabulous footballers. As a neutral they are great to watch.”

When the sides last met, Bohs won 5-3 in a thriller at Dalymount Park. The Dubliners won 1-0 in the two other league meetings this season.

This game marks the beginning of the final series of matches, with Harps three points ahead of bottom club UCD having played a game more.

Horgan points out that there are no targets as such; the aim is simply to finish above UCD, which would earn Harps a place in the promotion/relegation play-off. That is the best case scenario.

Harps go into the game without some key players, including Nathan Boyle (injured) and Caolan McAleer and Raffaele Cretaro (suspended).

“They are all in the attacking end of the pitch,” Horgan noted. “We have players to come in and they have to step up to the mark, the ones that we put in. I have no doubt that they will but they have to. We have got to create more than we did against Derry, despite the fact that we won.”

Meanwhile, Finn Harps beat Linfield 2-1 at WIndsor Park last Saturday in what was a pre-season friendly for the Belfast club.

Horgan used the occasion to try out some of his fringe first team players, and included trialist Immanuel Doyle who got on the scoresheet as did Liam Walsh.

Peter Burke made a number of fine saves, including one from a penalty.

Tony McNamee was the only player in the Harps line-up that featured the previous night in the 1-0 win over Derry.

American defender Joshua Smith - who had been playing in the fourth tier of German soccer - put in an impressive performance and is set to feature at some stage of the game against Bohemians.