Back Door and Super 8s continue to make strong stronger 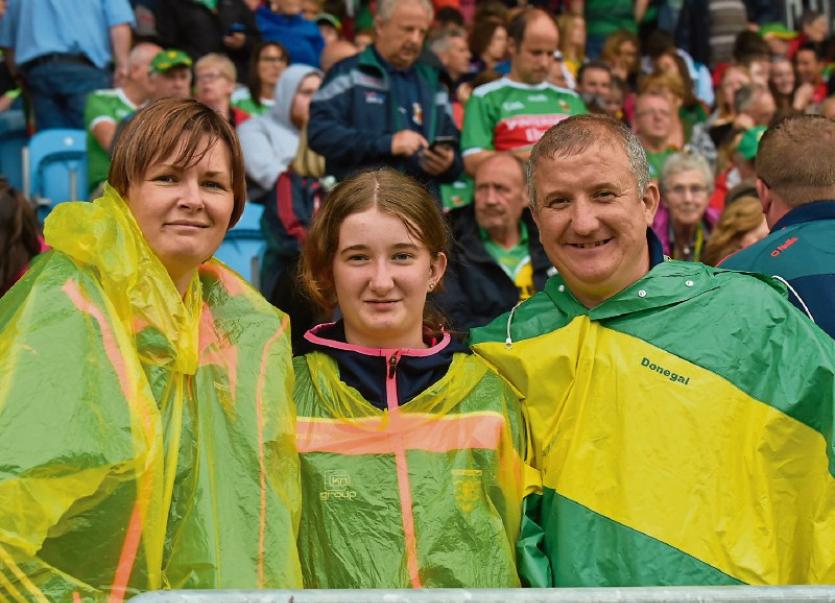 Last week in closing I suggested that if we were to beat Mayo we had to frustrate them and their supporters; we had to be disciplined, patient but also aggressive and play with a high intensity. We had to tackle in packs and give no Mayo man any time on the ball; that it was lose or you're out time.

It’s not that I am in any way a football genius or I know what’s coming down the line but when you go to the Last Chance Saloon you have to be prepared to do whatever it takes to get over the line.

Mayo did, Donegal didn’t. As harsh as that sounds that’s what it came down to. If it’s your thing to go into statistics or match ups or even how many kick-outs you win or lose, fine but that becomes immaterial when it comes down to winning a knockout championship match.

Yes, stats have their place, match analysis and kick-out systems are all relevant but when a team comes at you like their life depends on it and you can’t answer them, then they usually come out on top.

Donegal were totally outplayed in the first half. Apart from the first 10 minutes Mayo bossed the other 27 minutes. Every tackle, every possession, every decision was contested. Mayo closed Donegal down on every opportunity allowing them little or no time on the ball.

Donegal didn’t, they allowed Mayo to work the ball out of defence and time to pick their passes. It was only the wayward shooting for scores by Mayo that kept Donegal in the game. They went long from most of the kick-outs and dominated the breaking ball. They seemed to want to create that one-on-one to get their supporters going. Every ball won, the Mayo crowd roared; it was all about the small victories and they won everything that was going in the first half.

What would frustrate the Donegal management and players is even though they went in six points down at half-time it could have been a lot more but we waisted two brilliant goal chances, chances we were converting earlier in the year at our ease.

Yes, the conditions may have had some part to play in those small mistakes but it was the same for both sides and they can’t be used as an excuse.

Murphy went to the edge of the square in the second half, you knew Donegal were in trouble when you see the big Glenswilly man loitering around the square and it didn’t take him long to get Donegal back into it, and it looked as if we were about to pull one out of the melting pot.

Mayo, to their credit, rallied once again. Aidan and Seamus O’Shea, Paddy Durcan and Lee Keegan led the charge from the back and found a few more scores.

Donegal had their chances, kicking six wides and landing one into the keeper's arms in-a-row; Donegal players taking on shots that looked rushed, forced and not the smooth forward unit they had showed throughout the Ulster championship campaign and it cost us in the end.

It’s easy to point the finger at where we could have done better; it’s easy to say that this player or that player wasn’t up to their usual standard and ask why. It would also be easy to point to the injuries but every team in the championship has that to contend with. Maybe there was too much made of the comprehensive victory over Tyrone in Breffni Park. On the day in match commentary I suggested that Donegal looked far sharper, quicker to the ball. That was in June, hard to sustain that throughout the summer.

In hindsight it could be suggested that Tyrone have got their timing just right. Yes we won an Ulster championship but the question has to be now is that enough?

Did Tyrone look back on the last few years where they won Ulster and learn about what it takes to get to All-Ireland semi-finals and final? Could it be that they are prepared to sacrifice a provincial championship just to get a shot at the Sam Maguire or am I being too cynical?

Mayo will head to play Dublin on Saturday night and if they play with the same intensity and spirit and get their shooting average to about 50 per cent they will give the Dubs a fright, but maybe they might find it difficult to replicate that same commitment two weekends in-a-row.

Dublin, on the other hand, rested most if not all of their first 15 against Tyrone in Omagh. Indeed Mickey Harte did likewise with the Sunday game showing the first summer challenge match in years.

For those that don’t like the Super 8s, this weekend gave them plenty of ammunition to hammer the boys in Croker with. Also the fact that the best game of the championship so far, Mayo versus Donegal, could only be got on Sky television only added fuel to the fire.

There is nothing wrong with change, but it has to be of a positive nature. The stark reality is that in both hurling and Gaelic football there are a few teams away ahead of the rest and trying to manipulate a system that creates some bit of fairness can’t be done.

I have always said the back door system was not brought in to help the so-called weaker counties. It was brought in to give the stronger ones a second chance. The Super 8s was designed to create more games between the top teams but that is struggling to manifest itself into a decent competition, highlighted by the two meaningless games in the Dublin v Tyrone, Cork v Roscommon.

Now a second tier competition is being thrown about as if it will be the answer to all the woes. It won’t, but we will be told to give it a chance, that’s the way democracy works. But just like the Super 8s it will struggle. The answer is not simple, it involves a lot of moving parts, and trying to make everyone happy will be it’s downfall.

The GAA has moved on to a different organisation than it was 10 years ago, never mind about 50, and it will continue to go in the direction that makes financial sense whether we like it or not.