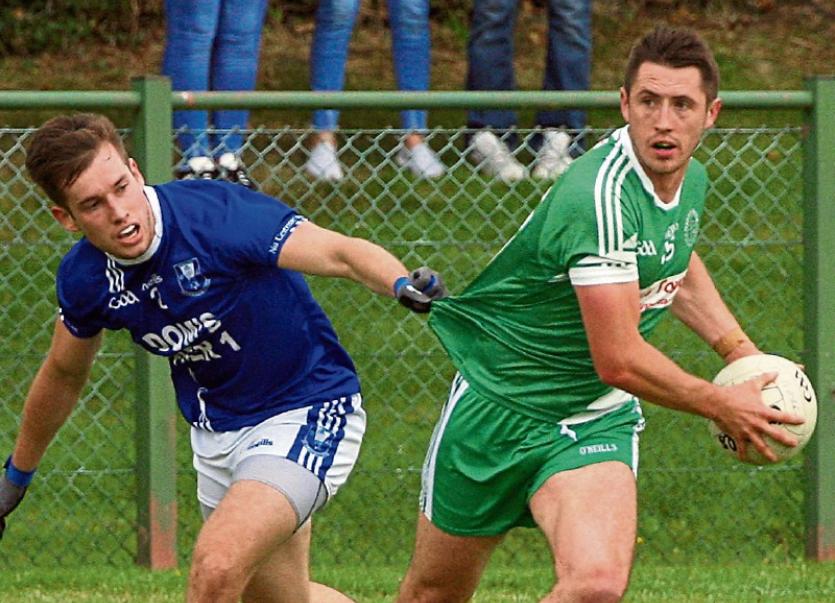 Ardara and St Nauls go head to head in a top of the table clash in the Marley Travel Division Two of the Donegal All-County League in Gerard Gallagher Memorial Park, Mountcharles on Sunday. (throw-in 3 pm)

Just a single point separates the sides at the top of the table with Ardara holding the top spot.

Ardara and St Nauls along with Killybegs have been the three form teams in the division for most of the season.

Killybegs, who are managed by former county player John Cunnngham with Rory Gallagher, the former Donegal and Fermanagh manager, the team coach, are in third place just a point adrift of St Nauls.

Killybegs have a game in hand on Ardara and St Nauls and it is generally accepted the two promotion places are between the top three.

Aodh Ruadh are also in the mix though last Sunday’s shock defeat against Buncrana, in Buncrana, may have scuppered the Ernesiders’ chances.

They are a point behind Killybegs but have two more games played than Killybegs and one more than Ardara and St Nauls.

“It is a must win game alright for us but Ardara are a strong physical side,” said Barry Meehan.

“We played them in the earlier round down in Ardara. They physically out muscled us in the game and beat us well. We had no answer to them in the middle where Brendan Boyle at centre-halfack and Conor Classon, in midfield, had great games.

“They also have Gareth Concarr up in the forwards who is a big player for them. They were without CJ Molloy the day we played them but I expect to see him play on Sunday.”

St Nauls recovered from that 2-10 to 1-9 defeat at the end of May with a good run of results and now find themselves in a major push for promotion.

“We had a break after that game and we have had a number of decent results since. We went to Glenfin and got a good result and we drew with Killybegs, a game we could have easily won.

“We won again last weekend against Four Masters, we got the goals at the right time in that game.”

Stephen Griffin is having another good season up front for St Nauls and carries their main scoring threat while his younger brother Barry has done well in the middle of the field.

Conor McBrearty at centre-half-back and Lee McBrearty in the middle of the field along with Peadar Mogan, in a roving role from the half-forward line, are also having good seasons.

“It is a big game for us and we are hoping for the win. But Division Two is such a competitive division there is no talk about promotion; we are just taking it one game at a time.”

Ardara suffered a surprise defeat against bottom side Buncrana, the weekend before last.

But they bounced back last Sunday with a good win over Termon in Pearse Park.

“It is such a competitive league you have to be at your best every day you play and we were just a little off in Buncrana and lost. But we got back on track last Sunday against Termon,” said manager, Adrian Brennan.

“We are looking forward to Sunday’s game. It is a local derby and St Nauls are going well and they will have Brendan McCole back this week so they will be stronger than they have been for some time.”

Ardara will be without Paddy McGrath once more.

“Unfortunately, Paddy won’t be back. He is going for a scan on the knee and hopefully the injury is not too serious and we will have him back for the championship.”

The other two games in the division this weekend see Killybegs host Dungloe, who are not out of the relegation woods, on Saturday evening and Buncrana host Naomh Columba on Sunday, in a real four pointer.