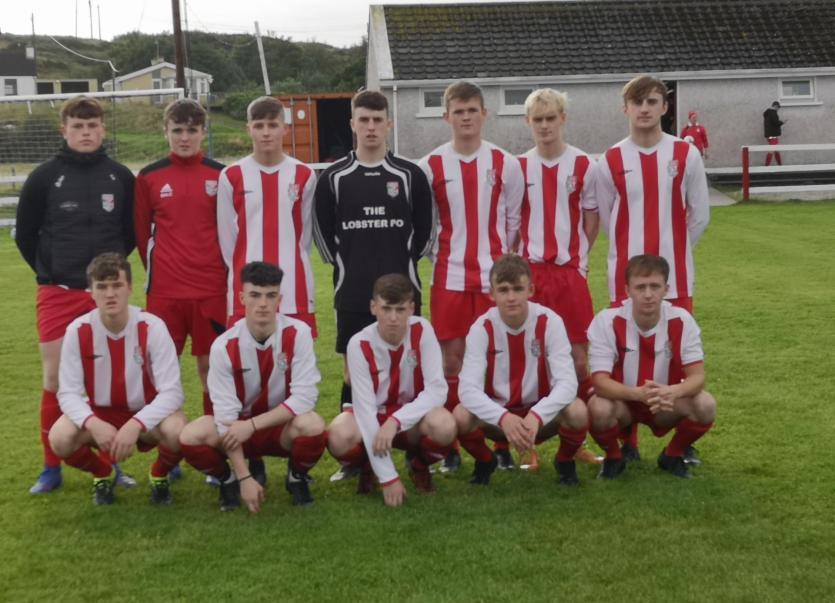 Letterkenny Rovers won this top of the table encounter at Central Park on Friday night in what was a good game of football as they move three points clear at the top ahead of their hosts.

It was a bright evening but conditions were heavy underfoot with recent rainfall but the visitors weren't holding back and after a bright start they were ahead on four minutes when Joel Gorman hit a fine strike from the edge of the box.
They were again close on ten minutes with Ben Boyle saving a header and shortly after Jack Dwyer just wide on the run. Letterkenny continued to dominate and Nathan Plumb missed a sitter on sixteen minutes. Keadue had a half chance with Peter McGee heading wide from a free kick on the half hour.
The visitors continued on top for the remainder of the half with lots of possession and were worth more than the one goal lead at half time.
The away side started brightly in the second half forcing a run and cross in the first minute. Keadue had a few good minutes of possession and half chances but were dealt a sucker blow on fifty minutes when after a breakaway run and cross, saved by the home keeper, Nathan Plumb was on hand to knock in the rebound. Keadue, to their credit kept plugging away and Mikey McFadden was almost through on goal two minutes only to be denied by a superb last ditch tackle from Kyron Coyle.
Peter McGee was very unlucky two minutes later with an effort from the edge of the box, just over the bar. On the hour Jack Doherty was through on the Letterkenny goal but hit over the bar from the advancing keeper.
The home team were unlucky not to be back in the game at that time but were punished after the hour when another break and cross on the right wing led to Noah Boyle unfortunately tapping into his own net after a neat flowing move from the visitors saw Leon Dohertys cross cause consternation in the home rearguard.
As Keadue chased a goal and brought on some subs, Letterkenny strung together some fine passing moves and secured the game on eighty four minutes scored a great team goal. After lots of passes Conor Friel was on hand to rattle the bottom corner of the net.
A deserved win for the visitors who retain top spot and a valiant effort from Keadue on the second half in particular.
Best for Letterkenny were Nathan Plumb, Kyron Coyle, Kaelan Dunleavy and Jack Dwyer while best for Keadue were Peter McGee, Jack Doherty, Mikey McFadden and Maurice McGee.