Don't split the Capital: We don't want an A v B All-Ireland final 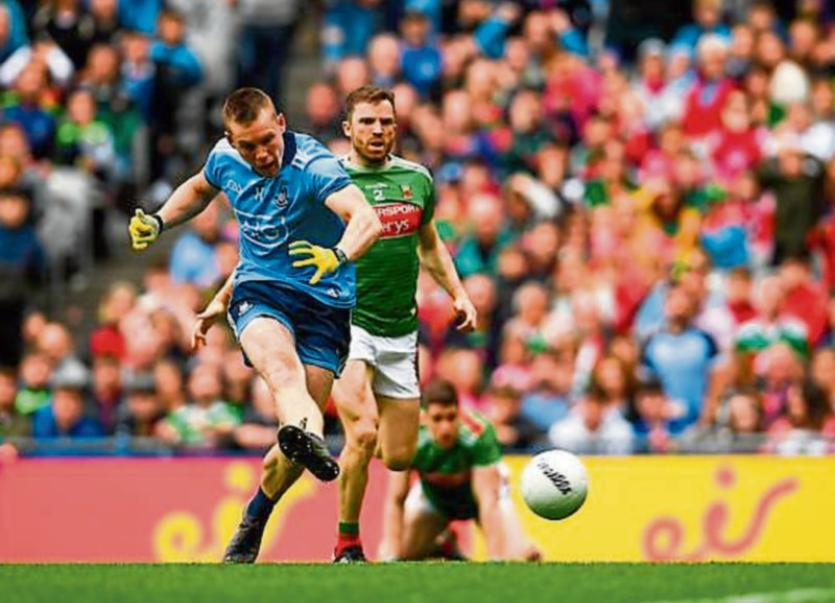 As predicted by many Dublin will meet Kerry in the All-Ireland football final. The traditionalists will be delighted. It has been clear now for a number of weeks that's the game that many have wanted.

Dublin had too much for Mayo and imagine what the score would have been if they had played for more than the first 20 minutes of the second half. Kerry, on the other hand, had to do a lot more to get over Tyrone. Kerry were better when it mattered in the second half and had more players capable and willing to take scores, but they were helped by some soft decisions by the referee on the day, many very questionable.

Both sides that came through the qualifying route played well for the first half but the weeks of continuous exertions took their toll. For many of the Mayo players who may not be back, they have done everything possible in their pursuit of that elusive All-Ireland but I have no doubt they will rebuild and come back for more.

Tyrone looked tired and out of ideas when Kerry got the lead but they still have that belief that they are destined to have Sam Maguire cross the border one more time.

Of course when the Dublin-Mayo match finished, many described the performance as the greatest ever. How they come to this conclusion is amazing considering they have won the last four All-Irelands, have countless players with All-Ireland medals sitting on the bench; have the best senior set up in the country; have more revenue than any other county; have more players playing the game than any other county and, of course, they get to play most of their games in their own backyard.

To say that Mayo had a chance was like suggesting that a team from a junior soccer club in Ireland could take on the might of Liverpool or Manchester City. if Mayo were to have any chance they would have needed a few weeks of rest before they had to take on Dublin. Having to play the All-Ireland semi-final, the second most important game of the year, a mere week after coming through the Super 8s is just a joke.

I have often wondered who puts the schedule together? Do they have any idea of what is required by those playing to get ready for such games? My guess is they don’t give a damn.

Dublin on Saturday night were the best side; they are without doubt the best team in the country at the moment. Kerry may give them some bit of trouble in the final but they won’t sustain it. Dublin will go through the gears and once again we will see Stephen Cluxton raise the Sam Maguire. He will thank all those associated with the win and the pundits will talk of their greatness.

Then the usual arguments will come forward. Dublin are too strong, something will have to be done about it, in the interest of the game and of course fair play. When Kerry dominated football for years and Kilkenny ruled hurling no one argued that something needed to be done to protect the game. No they let time take it’s course and some other team would raise they standards or Kerry, Dublins and Kilkenny would drop theirs and that’s what happened.

But the problem now is that so much good work has been done by those involved in the Dublin set up for the last ten years that there is no sign of their dominance coming to an end and that scares everyone. Those that run the GAA are in a real quandary. Dublin are the cash cow; even at the weekend, they filled Croke Park along with Mayo fans. Tyrone and Kerry could only muster up less than 40,000 to come watch them play; an All-Ireland semi-final and the place only half full is definitely sending out a message to someone.

There will be calls for the capital to be split up into two counties, north and south, I suspect, but what is to say that both teams wouldn’t be stronger than most of the other counties? What if both sides made it to an All-Ireland final, where would the game be then? They won’t let that happen for that very point.

The funding issue could be solved by sharing out the money a bit more evenly. However, GAA headquarters have always been keen to have the GAA strong in the capital so as to quell the competition of soccer and rugby. Maybe it’s old school thinking that if soccer or rugby took over Dublin it would spread to rural Ireland. The problem now in terms of funding is the train has left the station and the Dublin county board and their clubs have set up full time coaching within their club structure and they are able to sustain that without the help of Croke Park.

Again long term planning, the big picture, development, over one win every five or six years; they saw what they could achieve with a bit of foresight and got the right people involved to do the job. Everyone bought in and now they are reaping the rewards.

You will notice that Dublin didn’t waste a ball of money on centres of development, they instead used the money for putting coaches in place; they spent their money wisely and didn’t fire huge sums at just one team.

I have no doubt there will be plenty of suggestions about how we can change the current system so Gaelic football can become competitive again. I have no doubt it will involve more of the top teams playing one another and maybe they will have a different marketing strategy to have us believe that every county has just as good as chance as everyone else. Maybe we believe it or we don’t, but one thing we can all agree on is the dominance by one team is not good for the game and whatever needs to be done has to be done quickly but with some forethought.

As for Dublin, let them enjoy their time in the sun because nothing lasts forever.