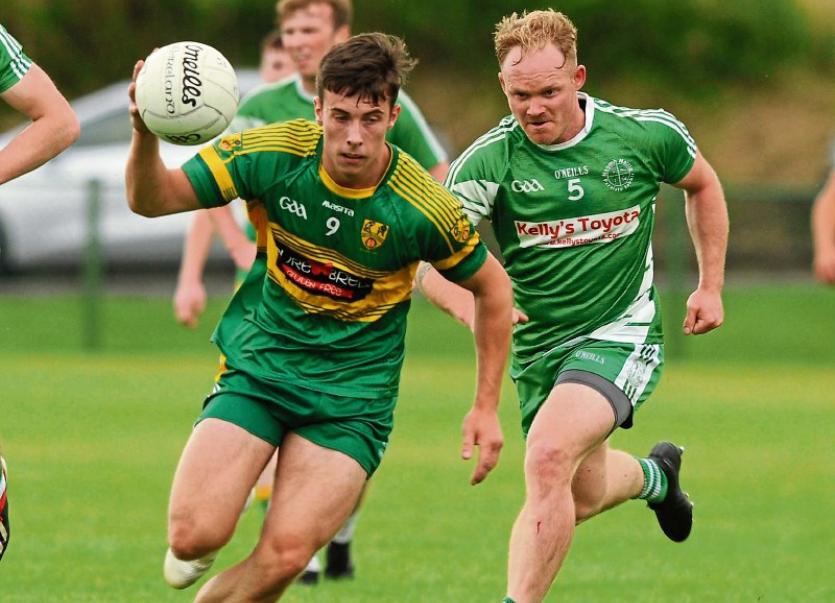 With Kilcar heading to Glenswilly to collect the Democrat Cup (although it hasn't been confirmed if presentation will take place this weekend), most of the interest in Division One of the league is at the bottom, with the big game in Moyle View Park, Milford with Bundoran the visitors.

A Bundoran win would consign Milford to Division Two and even if they win their remaining three games, Milford would not be assured of safety. They are six points adrift of Bundoran and St Michaels and four adrift of MacCumhaills.

Bundoran have hit something of a slump in recent weeks and need at least one win to ensure safety.

MacCumhaills are also in a spot of bother. They entertain St Eunans on Sunday; they then travel to Gaoth Dobhair the following weekend and host Bundoran on the final day - Saturday, August 31. They might need to win all three games to survive. If they lose on Sunday and Bundoran win, then they are in grave danger of the drop.

St Michaels, like Bundoran on 10 points, need a couple of wins to be sure of staying up and they travel to neighbours Cloughaneely on Sunday. With Cloughaneely just two points ahead of them on 12 points, this should be a very closely contested game.

Glenswilly are the other team still in the relegation area with 12 points but Kilcar will not want to lose their unbeaten run and they may have to sweat it out as they are away to St Michaels and home to St Eunans in the final two games.

In Division Two Ardara's win in Mountcharles last week puts them in prime position. A win on the road against Four Masters this week would guarantee them one of the promotion spots. On present form they should be too strong for the Donegal town side, who are really struggling. Ardara may be without CJ Molloy, who hobbled off at half-time last week with a knee injury, but they should still be good enough. Four Masters are in big trouble, similar to last year, and they may have to win their final two games (away to Glenfin and home to Buncrana) to survive.

The two main contenders to go up with Ardara are Killybegs and St Nauls and both area away on Sunday (to Aodh Ruadh and Dungloe respectively). The sides are locked on 19 points and much will depend on Sunday's results.

At the bottom Buncrana's run was halted by Naomh Columba on Sunday and the sides meet again this Sunday in Glen, where the home side have failed to win this year - two draws being their only home points gained. Nothing but a win will do Buncrana while Naomh Columba would settle for another draw, but could get another brace which would ease their worries.

Termon are not out of the woods but a win over Glenfin on Sunday would probably see them safe.

In Division Three Burt and Downings look destined for promotion while Malin still have a chance. At the bottom Naomh Muire look doomed while Naomh Ultan need points to catch Naomh Colmcille as they battle to avoid the drop.

In Division Four Letterkenny Gaels will be promoted if they win against Na Rossa on Saturday evening, while the second promotion spot will probably be decided next week when Moville and Urris meet in the penultimate round of games.