Katie-George Dunlevy getting ready for World Championships in September 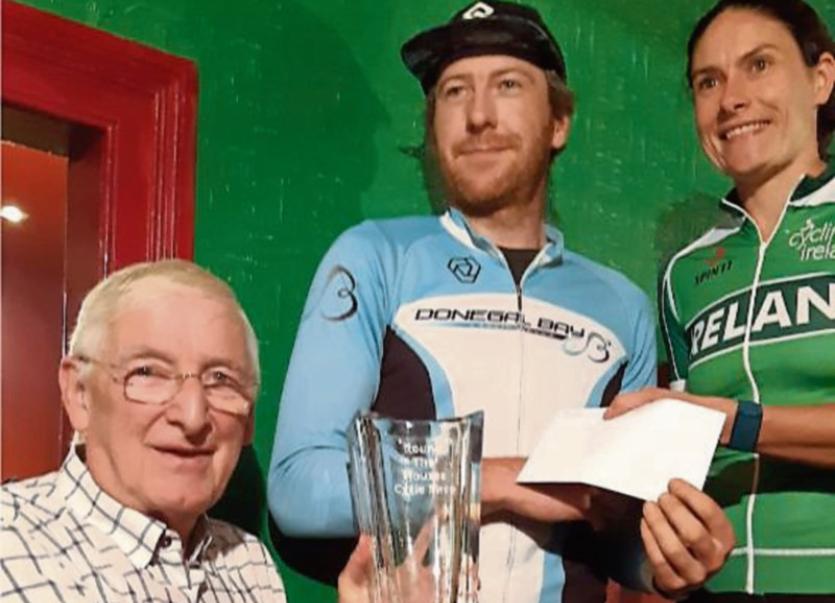 Katie-George Dunlevy was back in the county of her native father, John, last week on a short break from her training for the World Championships which take place in The Netherlands from 12-15 September.

"I'm here for just a week," said Katie-George, who said she had a window in her training and was able to join her family on their annual trip.

"I borrowed a bike off Ted McCaffrey so I can train while I'm here. It's important that I carry on training as I have the road World Championships in five weeks, so I can't stop now.

"It is the big target. We had the World Championships on the track in March but this is the big one really. For me it is the biggest one of the year and for Eve (McChrystal) as well, I'd say.

"This is the one in which we won double gold in last year, last August, so this is our big one for this year."

But there is another big goal for Katie-George and her tandem partner Eve McChrystal and that is defending their Olympic title in Japan next year.

"We are gathering points from this competition and it is preparation and everyone now has got their sights on Tokyo. It is just over a year away and we are preparing for that now but the World Championships are important as well."

But being the holders of the Olympic and World titles means that they have to keep a watch for potential new competition.

"We had a World Cup event in May and there are new bikes (competitors) coming in and you can just see improvements in other bikes. Everyone is really stepping up now. So over the next 13 months teams are making big changes, big steps so we have to as well. We can't stay complacent.

"We are at the top but we have been racing together for so long, but there will be other teams who are making bigger steps, so we will just keep and eye on them and really just carry on doing what we're doing.

"It's a nice position to be in (No 1) and have that confidence from what we've done and what we can do and that we can do it again," said Katie-George.

Last week when she was home, there was no let-up in the training and she was also invited to be the official starter for the 'Round The Houses' cycle event in Ballyshannon hosted by Donegal Bay Cycling Club.

"When Ted (McCaffrey) knew I was home, he got me involved and I jumped at the chance. He helped me so much before that I was honoured to come and help them now.

"I thought it was brilliant having the race go through the town; it is great for the spectators and for the cyclists having that support as well. I think it is good for the sport," said Katie-George, who said she would love to have taken part in the event.