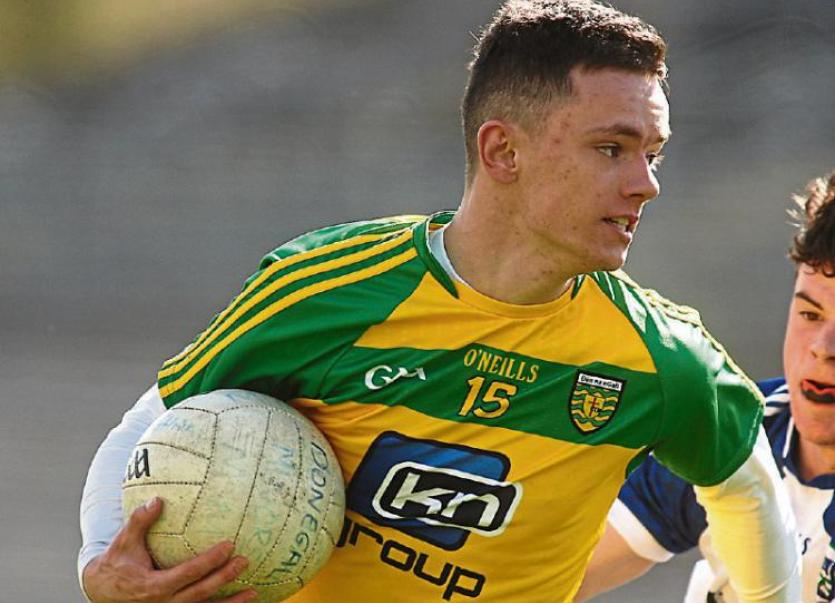 Eoghan McGettigan . . . among the goals for Naomh Conaill

Naomh Conaill ran out big winners over what was a shadow Gaoth Dobhair lineout in a one-sided league game  in Davy Brennan Memorial Park.

The winners had 18 points to spare at the final whistle with Charles McGuinness scoring two goals and Eoghan McGettigan the other one.

McGuinness and McGettigan also contributed three points each in game where the locals had seven different scores.

Naomh Conaill led 2-3 to 0-3 half-time before pulling away in the second half to add 1-13 as Martin Regan, the Naomh Conaill manager, gave his bench a run.

Gaoth Dobhair, whose focus is on the championship, fielded just seven of their regular starting fifteen.