Donegal €2.2 million clubroom/dressing rooms to be ready for next season 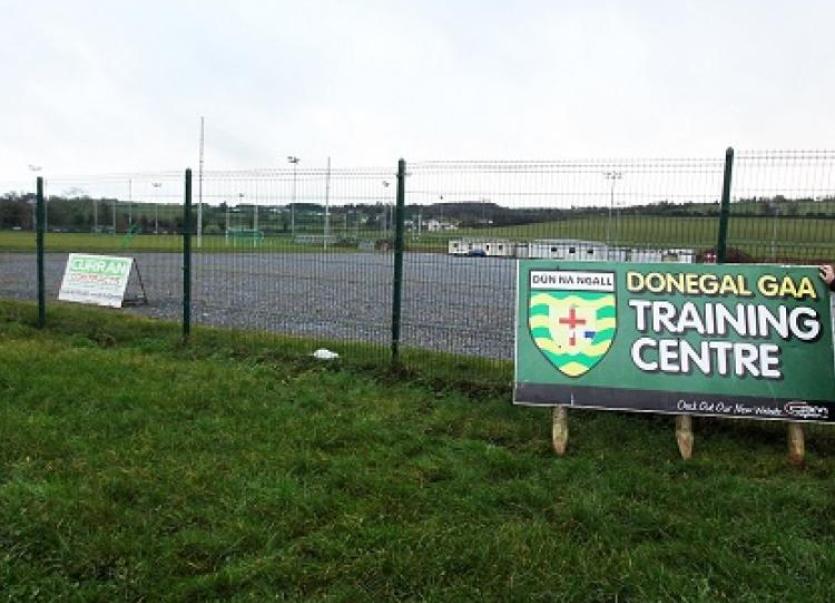 Donegal footballers will return to new upgraded facilities at the county training centre in Convoy when Declan Bonner gets his squad together next November.

The construction of the €2.2 million clubrooms and spectator stand containing a suite of dressing rooms and gymnasium at the Broad Road,  Convoy is nearing completion.

Donegal officials expect the construction work, which is being carried out by main contractors McDermott and Trearty Construction Limited, Letterkenny, will be completed by the end of October. .

“The building is well on and we expect it to be finished by October 31 and ready for the county team when they return to training in November,” said Donegal chairman Mick McGrath.

“Development officer David McLoone, has overseen the development and has done a good job and has worked well with the contractors. “Great credit must go to the clubs for backing a €1 million loan to assist with the building of the project.

“It is an impressive building and it will be a new lease of life in the county for all the county teams using it. The new spectator stand will be warmly welcomed by officials and supporters attending games.”

The development, which contains four full size playing pitches, two of them floodlit, has been  in use for a number of years with teams using a number of prefabricated buildings which have temporary erected on the site.

The new clubroom is over two storeys and will comprise changing rooms,  a gym, multi-purpose hall, meeting rooms and ancillary facilities

This phase of the development includes a spectator stand on one of the pitches. The development will also include a  hurling wall and maintenance shed.

Works are expected to commence this month on the next phase and take in the region of 12 months to complete. This phase will include a fifth full size sandbased playing pitch, a special training course and completion of the car park.

This phase of the development has a price tag of in the region of €1 million bringing the cost of the overall development to €6.5 million.