Remaining Donegal All-County league issues to be decided this weekend 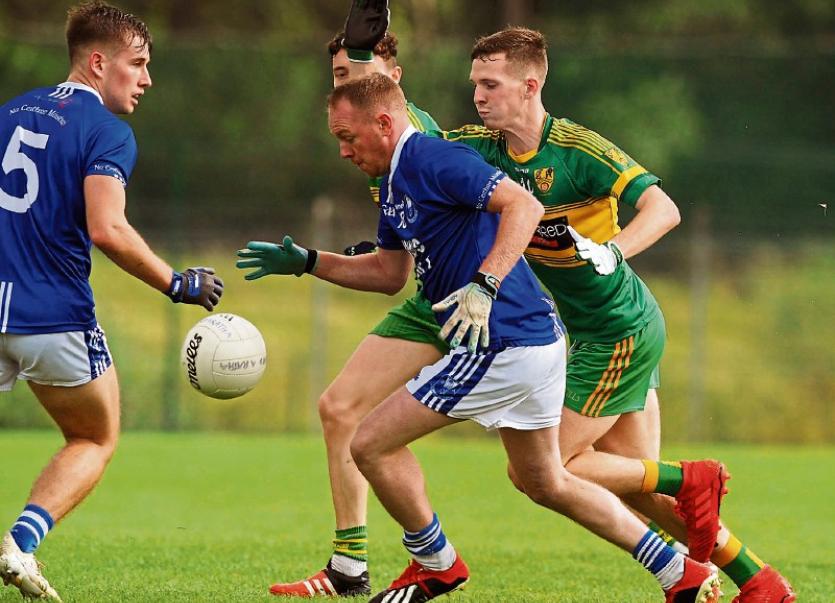 With some of the promotion and relegation issues already decided, by Sunday evening next the leagues in all four divisions will be close to completion.

Most teams have just two games left, while some have three and four. Again there are some double fixtures this weekend (Friday and Sunday).

The only issue remaining in Division One is who will be relegated along with Milford. MacCumhaills are holding on by a thread but they must travel to Gaoth Dobhair on Sunday needing a win. The Magheragallon club fielded a weakened team last weekend on the road to Glenties, but will be under pressure to win at home and that should seal MacCumhaills' fate.

It will also ease any lingering worries of relegation for the quartet of Glenswilly, Bundoran, Cloughaneely and St Michaels - all four points above the Twin Towns side and needing one point to be sure of safety.

St Michaels and Glenswilly meet this weekend while Bundoran host Naomh Conaill and Cloughaneely travel to St Eunans. But come 4.20 or so on Sunday, all four should be safe.

The top of Division Two is probably the most interesting issue remaining in the leagues. Three teams - Aodh Ruadh, Killybegs and St Nauls - are level on 19 points with two games to go. And with St Nauls hosting Aodh Ruadh this Sunday, the battle for the second promotion spot will be reduced to one.

Ardara have no worries after clinching the title and promotion last weekend and will be presented with the trophy on their home patch on Sunday as they entertain Dungloe. Dungloe are not out of the running but even if they won their two games, it may not be enough.

Should Killybegs win their two games, then they look in the strongest position. They have an aggregate advantage of two points over Aodh Ruadh (both won one game) while they have a points advantage over St Nauls (both games were drawn).

At the bottom, Naomh Columba need a point for survival and even then it would take a miracle of two wins to save Four Masters, who look set to join Buncrana in Division Three.

In Division Three Burt and Downings need a win each to ensure promotion. Burt were due to play Naomh Ultan in Dunkineely last night, while on Sunday they are home to Convoy. Downings have Naomh Brid (who retain a slim hope of promotion) on Saturday evening.

At the bottom, regardless of how Naomh Ultan fare against Burt, the big game is in Newtown on Sunday when Naomh Colmcille host Naomh Ultan. Whoever wins that will have taken a big step to avoid the drop. Naomh Muire already look set for the drop.

Letterkenny Gaels can clinch the Division Four title this weekend with wins at Na Rossa and home to Pettigo. The second promotion spot is Moville's to lose. All they need from their home clash with Urris on Saturday evening is a draw.