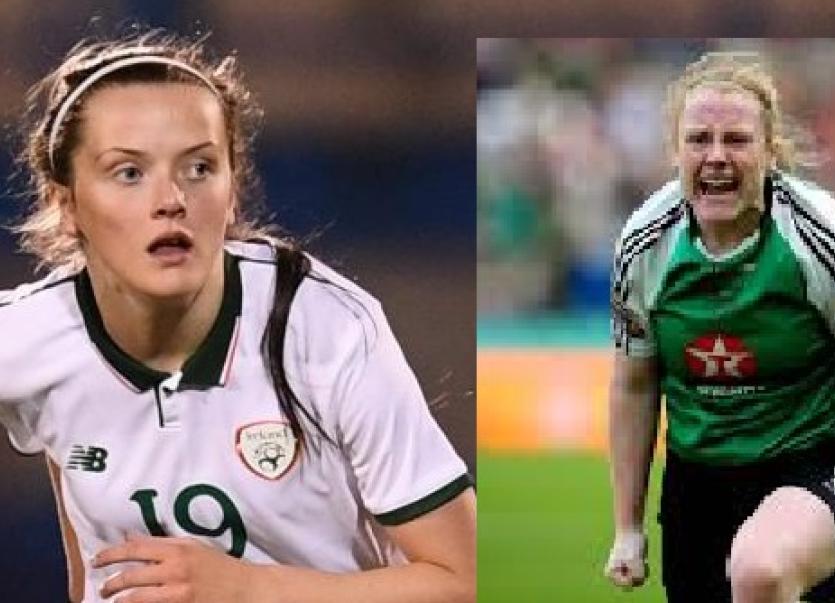 Donegal's Amber Barrett and Tyler Toland have  been included in the Republic of Ireland squad for the upcoming game against Montenegro.
Caretaker Manager Tom O’Connor has named a 20-player squad for the UEFA Women’s EURO 2021 Qualifier.

Ireland’s first Qualifier of the campaign sees Montenegro travel to Tallaght Stadium on September 3rd, with O’Connor’s side looking to start their campaign with a valuable win.

Glasgow City’s Clare Shine and Florentia’s Stephanie Roche receive their first call-ups since 2017 while Tyler Toland and Denise O’Sullivan return to the squad having missed the USA friendly in California earlier this month.

O’Connor has said it’s an honour to take charge of the team for the first time, on home soil.

Having missed August’s friendly against the USA, O’Connor is thrilled to have Toland and O’Sullivan back in the squad.

“Denise is one of the best players the country has ever produced. She is brilliant week in and week out in America, and Tyler will really make an impact for us.”

O’Connor sees the return of Shine and Roche to the squad as a boost to his attacking options.

“Clare and Steph have both been around the squad through the years. Clare is back fully fit, while Steph is in good form in Italy. They will be great to have around, both on and off the pitch.”

Tickets are still available and can be purchased at fai.ie/tickets