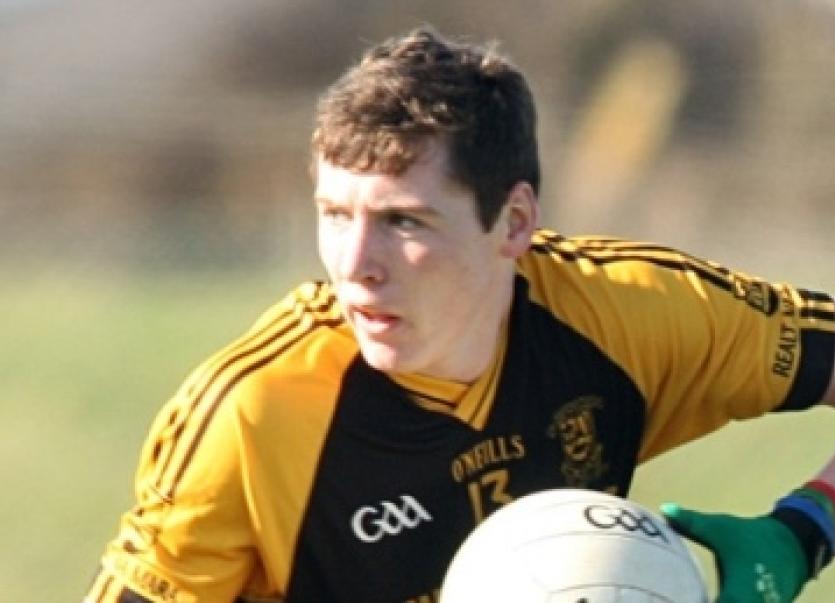 Jamie Brennan regained his Ulster Championship form hitting 1-7 and his county colleague Paul produced an excellent defensive display to inspire Bundoran to a deserved victory over Glenties in Gaelic Park.

Realt na Mara, who went into the game still not mathematically safe, got off to the perfect start with Alan Russell splitting the posts on three minutes. Moments later it got even better for Bundoran when a fine pass from Niall Carr found Paul Murphy who evaded two tackles to blast to the net.
A Ciaran Thompson free followed by a quality strike from Eoghan McGettigan reduced the margin to two points on nine minutes. A Tommy Hourihane free was soon cancelled out by another McGettigan point.
The locals hit something of a purple patch between the 20th and 25th minutes with Jamie Brennan finding the range three times and Timmy Govorov also chipping in with a great effort. The home team, who went into the game short several regulars including Shane McGowan, Michael McEniff, Ciaran McCaughey and Daragh Hoey, led by six points at this stage. Naomh Conaill needed a response and an excellent run from Brendan McDyer saw him cross for the inrushing Seamus Corcoran to finish to the net. This rattled Bundoran and an error in their defence nearly resulted in another goal but the ball was well recycled by Glenties for Anthony Thompson to send over. Another fine score from the lively McDyer left it a one point margin as Robbie O Donnell's whistle blew for half-time. Realt na Mara 1-6, Naomh Conaill 1-5
The men in blue signalled their intent from the throw-in and found themselves in front with a bizarre Charlie McGuinness goal after 32 minutes of the restart. The young Bundoran defence which consists of three players Oisin Walsh, Adam Gallagher and Matthew Duffy, all around 18, seemed to have averted the dangerous attack only for the ball to ricochet to a grounded McGuinness to toe poke to the net.
The Naomh Conaill lead was shortlived as even though they nearly scored a second but for an excellent reflex save from Conor Carty. This resulted in a superb Bundoran counter-attacking move which was stopped illegally when Gary Clancy was upended and a penalty was duly awarded.
Jamie Brennan calmly finished and from the restart he found the range again to leave two between the sides on 36 minutes. Thompson and Brennan exchanged frees before Cian McEniff and a Clancy free gave the Seasiders a four point cushion. With the game now having a more championship feel rather than an end of league affair the visitors dug deep again reeling off three further points from McGuinness, McGettigan and McDyer to leave the bare minimum between the sides again.
Gary Glancy doubled his tally but this was cancelled out by a booming effort from McGuinness on 50 mins. It was real tit for tat as another Brennan score was replied to from second half sub Brick Molloy. Again Bundoran increased their lead out to two as Hourihane dispatched a free following a foul on Govorov. Another point from second half sub Hughie Gallagher despite being fouled left it a one point game with time running out. Bundoran should have wrapped the game up when Brennan supplied Carr who found himself one on one with keeper Stephen McGrath but the Glenties netminder smothered superbly. However a free was awarded and converted by Hourihane.
As the game entered injury time a McGuinness effort left the bare minimum between the sides once more. But it was to be the homeside who would finish the stronger with Govorov turning over the ball to set Brennan on his way for his final score before Russell finished the scoring with another point to leave Niall Dunne's side deserved winners and safe in Division One for 2020.