Wards pulling for Ireland in European Tug-o'-War in Castlebar

Castlebar: Championships being held in Ireland for first time since 1987 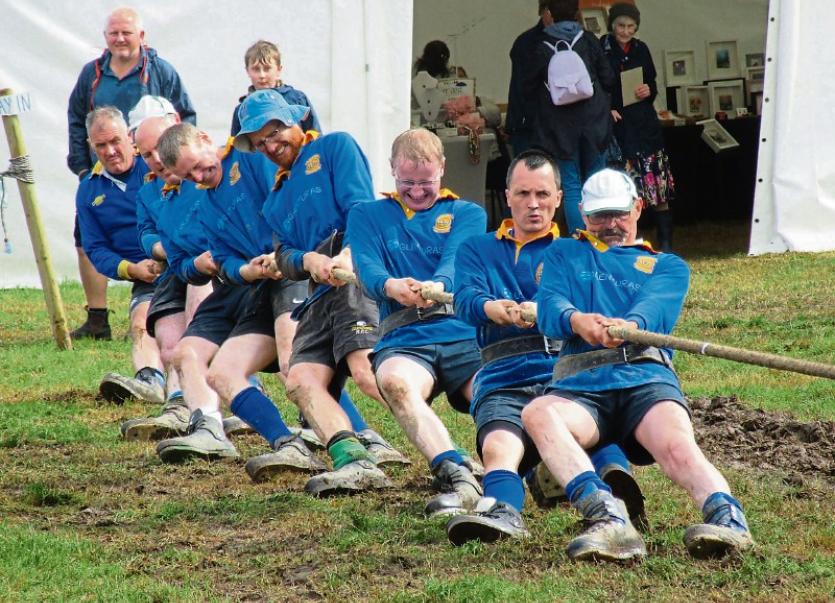 Brothers Connell, Jimmy and Donal Ward from the Glen of Glenties will be representing Ireland at the European Tug-o'-War championships taking place at Breaffy House, Castlebar from the 5th - 8th of September 2019.

This is the first time for the European outdoor Tug-o'-War championships to be held in Ireland since Wexford in 1987. This event will bring over 1000 athletics to Castlebar with many more spectators attending. Approximately 20 countries will compete in the 2019 European Senior and World U23 and Junior Outdoor Tug-o'-War Championships.

The Ward brother have been selected in the Irish 720kg squad and will also be pulling with their club, Lakehill who are Mayo based. The Ward brothers along with their brother, Fr. Brendan who has swapped the rope for the chasuble have a very successful history in the sport of Tug-o'-War winning many national titles and medals at World and European level.

The highlight of which being the double gold medal they won in Switzerland in 2012. There is a great level of dedication involved in Tug of War at this level with teams training two or three times per week as a team with individual programs on other days. The key to the sport is team work and stamina. Teams aim to get their strongest pullers into the various weight categories with a big emphasis on getting to as light a weight as possible while maintaining physical strength.

The championship kicks off on Thursday morning with the men’s open club 680kg competition. Pullers will weigh-in on Wednesday and will be recovering and getting fluids on board after many hours in a sauna in some cases.

The open club competitions take place over the first two days with the International competitions taking place on Saturday and Sunday. Pullers from the Lakehill team will make up the majority of the Irish 720kg team on Sunday morning as well as featuring in some of the other weight categories.

The championship in Castlebar will be a colourful international spectacle with the Irish lads competing against the World’s best teams in Switzerland, Netherlands, Sweden and Germany among others. Ireland have always competed strongly at International level over the past 25 years regularly ranked in the top four. The Irish Tug of War association would like to encourage the public to come along to support the championships and the Irish teams.