Rally honours for Shovelin in Galway 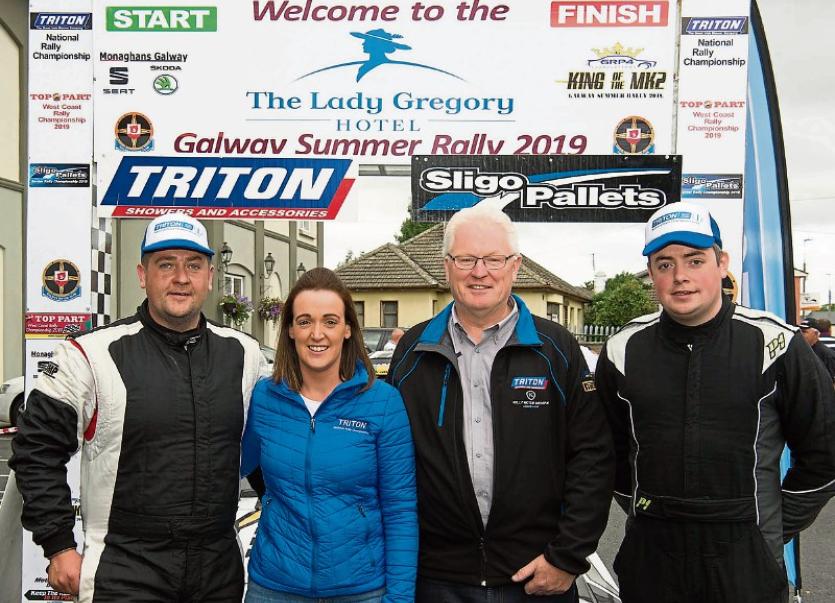 Bruckless driver JF Shovelin won the Dunlop Mk2 Escort Champions Trophy on Sunday as he steered his way to success with Emmet Brosnan as co-driver in the Lady Gregory Hotel Galway Summer Rally.

They finished tenth overall and that was enough to give them the honours.

Monaghan’s Josh Moffett and his Wexford co-driver Andy Hayes in a Ford Fiesta WRC won the Triton Showers National Rally Championship courtesy of their start to finish victory in the the penultimate round of the series that was based in Gort.

Gary Kiernan in fourth was an impressive winner of the two-wheel drive category, however, his principal rival Kevin Eves was a final stage retirement. It was disappointing for the Pettigo driver who was on the verge of taking overall honours.