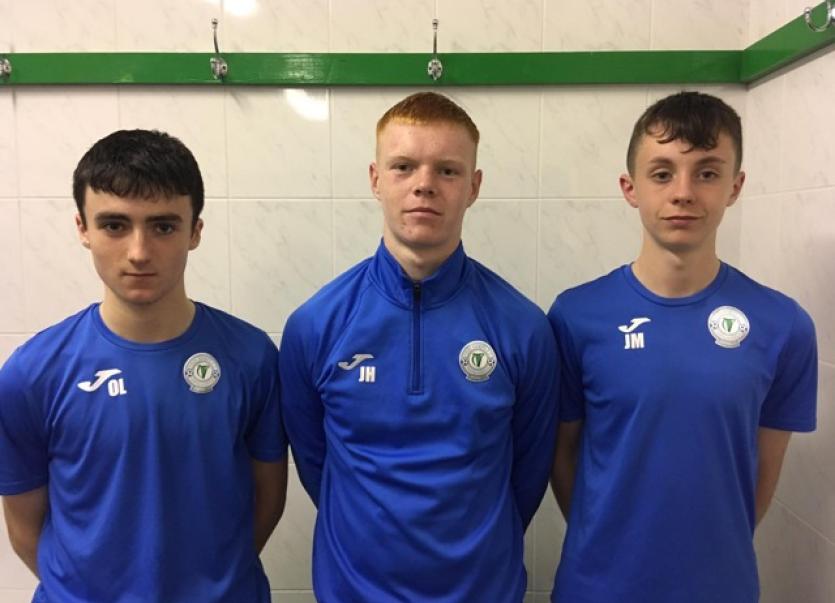 Man of the Match, Oisín Lynch, along with the two goal scorers Jamie Harris and Josh Maxwell

The Finn Harps U-15s had to settle for a draw after being twice in front against Derry City in a Northwest derby at the Curragh on Wednesday night.

Paul McBride’s went 1-0 up through a long range effort from Josh Maxwell on 41 minutes.
Derry equalised in the 56th minute but Harps regained the lead when man of the match Oisín Lynch, set up Jamie Harris at the edge of the box. His shot beat the Derry keeper at the back post. The Candystripes struck late on the 78th minute to snatch a point.