Harps aim to sink the Saints on Friday night 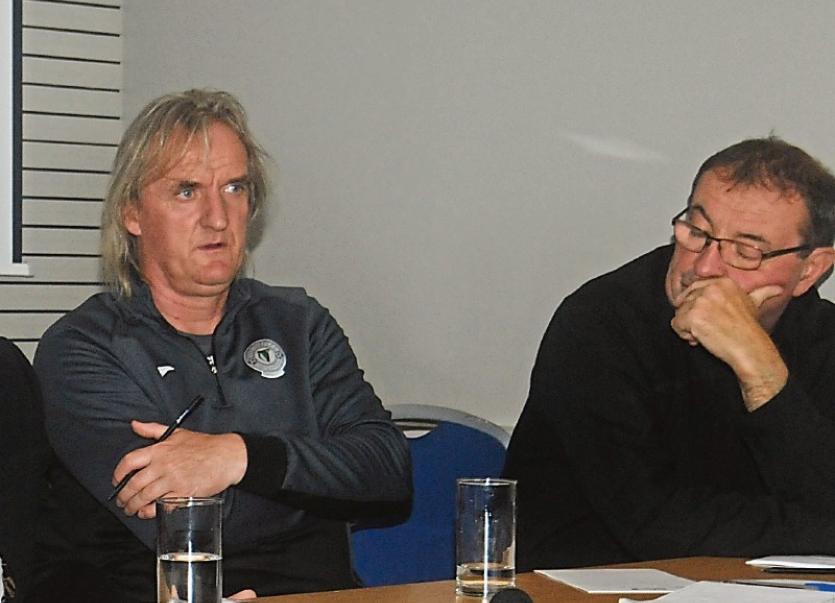 Your support could ensure that top flight soccer remains in Donegal next season - that’s the cry from Finn Harps as they prepare for Friday’s important home game against St. Patrick’s Athletic.

Harps have only three more Premier Division games in Ballybofey this season - the other two being against UCD and Waterford - and the stakes could hardly be higher.

The Ollie Horgan managed side are second bottom, six points ahead of UCD, with seven matches to play.

The bottom side are automatically relegated while second last puts you into a promotion/relegation play-off.

A victory over the Saints would not only increase the likelihood of avoiding the basement spot, but it could yet propel Harps into a situation where they could still catch third from bottom Waterford!

And that would guarantee survival.

And the quirk of the fixture’s list is such that having made their exit from the FAI Cup, Friday’s game is also Harps last home match until October.

That also means a big gap in terms of turnstile revenue.

So, it is all the more important then that the Donegal public come out in numbers and get behind the team against St. Pat’s.

Harps won three games on the spin in the league before losing to Shamrock Rovers in the FAI Cup and Dundalk last time out in the league.

“Things can change very quickly in this Premier Division so we have to try and get back to the performance levels that got us those three league wins towards the end of July and beginning of August,” commented Horgan.

“Look, more than ever we need the support of football people across the county to come to Finn Park. Their backing will hopefully be that something extra that gets us a positive result,” he said.

Mid-table St. Pat’s parted company with manager Harry Kenny with their defeat by UCD in the cup proving to be the end of the road.

“Pat’s will be coming to Finn Park looking to bounce back quickly from the FAI Cup loss to UCD,” noted Horgan.

In the three previous meetings between the sides this season, Harps drew 0-0 at Richmond Park in March, lost 2-0 at Finn Park in April, and then lost 1-0 in Inchicore in June.

Kick-off is 7.45 pm. Another tight game is expected.

Meanwhile, UCD are home to Dundalk.