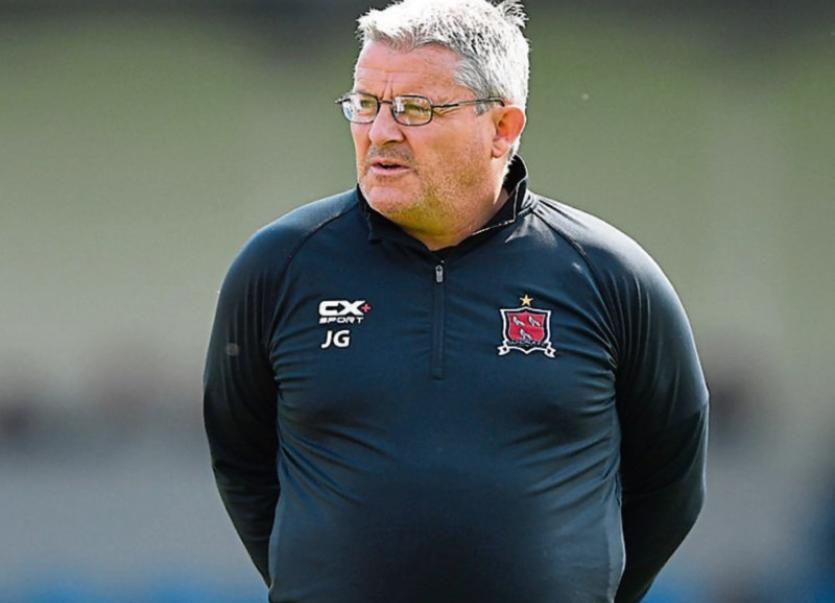 If Ollie Horgan keeps Finn Harps up in the Premier Division, he has got to be in the reckoning for the manager of the year award - that’s the view of Dundalk first team coach John Gill.

And that is certainly high praise from a man who sits beside Vinny Perth, the manager of a Dundalk side who are bang on track for a domestic treble,.

Gill is full of admiration for how Harps continue to compete when the odds are really stacked against them.

And he believes that this is due in no small measure to the input of manager Horgan and his assistant Paul Hegarty.

“Look at the resources that Ollie and Paul have, and the travel that they do, and the way that they are always written off, and the start that they got. It will be an absolute miracle (to stay up) but I think they can do it,” he said.

Gill was with Drogheda two years ago when they were in a battle with Harps to stay up, and he knows just how tough it is.

But he reckons that the fact that Harps are still in with a shout of being in the Premier for next season is amazing.

“The one thing that Ollie will get out of his teams is honesty and a lot of endeavour. They have been down this road before and they battle hard. The three guys who run them, Ollie, Paul and Willie (O’Connor, the first team coach) are doing a great job.”

Gill also feels that Harps have one other significant advantage over UCD.

“I feel that the goal difference could be worth a point,” he said.

Currently, Harps sit on 23 points, six ahead of UCD, with seven games left. Harps’ goal difference is minus 31 as opposed to minus 44 for the students!