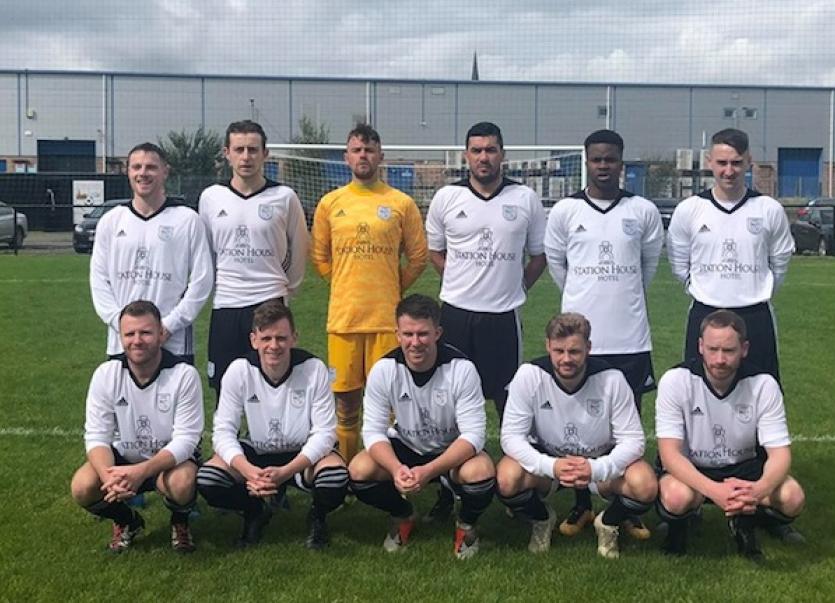 BJ Banda popped up with a wonder goal to give Letterkenny Rovers a narrow win over Fanad United in the Donegal News USL League Cup on Sunday.

With 11 minutes to go, Banda sent a stunning effort sailing to the top corner of the Fanad net. It was a classic 'postage stamp' effort. Banda picked the ball up from deep and strode forward before letting fly.

It was surely as good a goal that has ever been scored at Leckview and it certainly lit up the first day of the new season.

In April, a brace by Banda fired Letterkenny to a 3-1 final win over Cockhill Celtic.

Rovers had two big openings late in the first half.

Right on the stroke of half-time, Declan Sharkey shot narrowly off target when he was put in by Bonner.

McGrath was denied by Cannon early in the game while Banda fired wide after connecting with Toland's teasing cross.

Gary Merritt - one of the new faces on show for Rovers - was thwarted by a brave block by Conor Duggan, who was at Rovers last season.

For all of their play, Rovers couldn't break the deadlock. That changed when, just four minutes into the second half, Toland bent a free-kick around the wall and beyond Cannon at the near post.

Toland had to intervene at the other end to hook off the goal-line from Paul Bradley after Keelin McElwaine's attempt was parried by home goalkeeper Blake Forkan.

McGrath curled just wide of the far post as Rovers - who were led by new signing Emmet Friars at the other end - went in search of a second.

The hosts were rocked when McLaughlin's shot from distance squirmed under Forkan to draw the sides level.

Patrick McGinley, the Fanad centre-back, headed over from close range as Fanad looked to sneak in front, but even they could only stand and admire the quality as Banda picked his spot and Rovers began the new term on a winning note.

The new season got underway at the splendid Brandywell and these two teams served a very entertaining game for the healthy crowd in attendance.

Cockhill started the game on the front foot and the new look strike for of Adam Duffy, Stephen Duffy and Cathal Farren looking very bright in the early exchanges.

It was Adam Duffy who opened the scoring on ten minutes when the Derry defence failed to clear from a set piece and Duffy made no mistake firing past Gartside from eight yards out.

This did spark Derry into life and they had a large share of possession for the remainder of the half.

They got their reward on the half-hour mark when Aidy Delap dispatched a volley to the net after a Gavin Cullen punch fell nicely to him at the back post.

The second half was a very cagey affair with the majority of the chances for both sides coming from set pieces, Lee McColgan with a couple of efforts but Gartside dealt with them comfortably.

Derry did have a fantastic chance to win it in the dying minutes after Delap weaved his way down the left and cut it back to the young substitute Michael Harris, who couldn't keep his shot down and it blazed over Cullen's bar with the goal gaping.

Overall, a fair enough result and a good advert for what's to come this season, a young Derry with a mix of senior experience through it and a new-look Cockhill side who'll be happy to get a very tough ninety minutes under their belts in the expansive Brandywell.