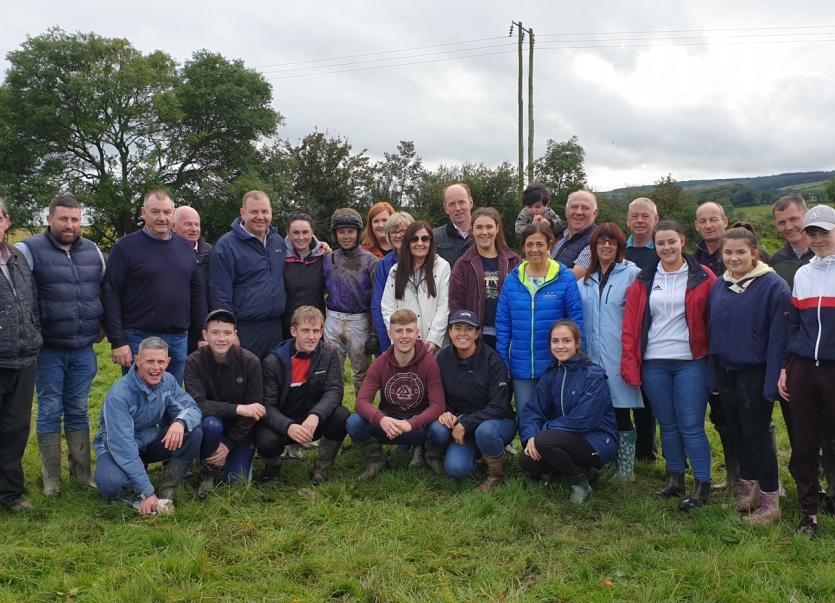 National Champion Jockey Dylan Browne McMonagle brought the curtain down in what can only be described as a brilliant five year career at horse and pony racing when he rode a fabulous six timer at Carrickadawson on Sunday last retaining his title in resounding style.
The Champion got the ball rolling as ‘Five Stone Of Lead’, with whom he served up a great partnership, took the 148cm in remorseless fashion and then doubled up when ‘Who Knows’ put up a top drawer performance winning the open mile.
The Letterkenny maestro gained the treble as ‘Way Up North’ put his rivals firmly to the sword taking the 10 furlong. The fourtimer was just around the corner as ‘Sky’s The Limit’ got a deserved success in the 153cm pony race.
‘Let It Go’ made it the fab five as he bounced back to form in the 12 furlong open and then the icing was put on the cake as the equine aeroplane ‘Unhinged’ gave Dylan the perfect send-off with a bloodless win in his final ride to jubilant and emotional applause.
Dylan’s colourful career of 218 wins includes a Dingle Derby win, three Dingle Championships, two National titles, numerous north west titles, a Midlands Jockey title.

When you consider that he has broken almost every record there was, it is fair to say there isn’t much more he could have wished for.
The talented teenager will be getting his jockey license in a few weeks and he will be joining the powerful yard of Joseph O’Brien in Co Kilkenny and all his friends and supporters wish him every success in his new chapter.
Jockey Ryan Sexton is another up and coming rider and he took the opening race in a grandstand finish aboard ‘Money Talks’ and rider Robert Wheraty was at his very best pulling out all the stops on ‘Tell Ya Nothing’ who dug deep in the two mile open winning by just over a length.
Rory Mulligan and Kian Mc Nally had a big battle in the local race, but it was Rory who got the best of the battle by a neck, and these two youngsters are two more jockeys for the future.