Bonner: 'Senior players likely to stay for another year'

Donegal manager says his team is moving in the right direction 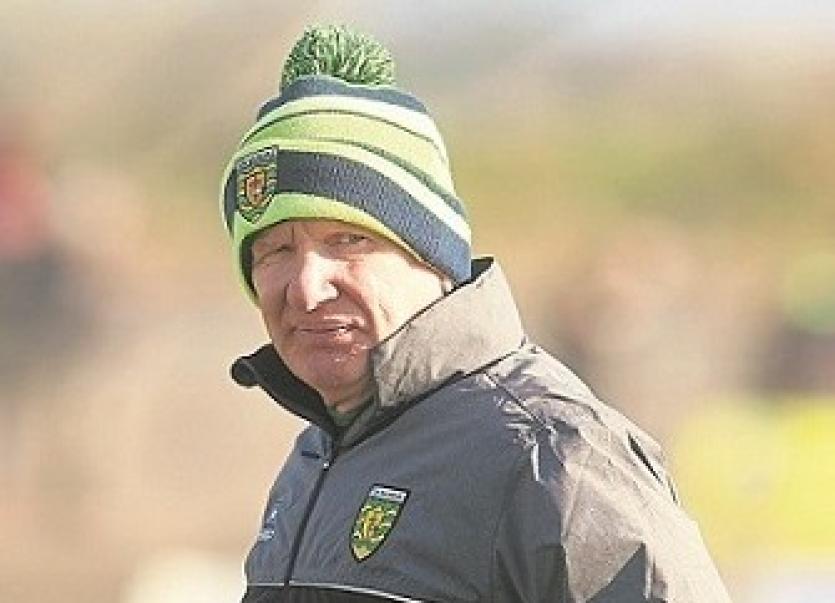 Donegal manager Declan Bonner has said he doesn’t expect any players to leave the county panel by the time the squad meets again to begin preparations for next season.
It means the senior players like Frank McGlynn, Paddy McGrath and Neil McGee are expected to be all on board again for another campaign.
“It’s vital to have our more experienced players still involved when you consider that we have so many young lads in the squad,” Bonner said.
“I’ve been speaking to all the players over the last two or three weeks and nobody has indicated that they are stepping away which is fantastic news.
“They’re all on board again and the management and backroom team are all on board too. The feeling is that we are moving in the right direction and they want to be part of that.”
Bonner presented his end of season report to County Committee on Monday night after which he was ratified to stay on as Donegal senior team manager for at least another year. Oisin Gallen in action against Mayo in the Super 8s

Bonner has been in charge for two years having returned as Donegal manager in September 2017.
“The review went well,” he said.
“We’d a good year. It was fantastic to retain Ulster and to get promotion back to Division One.”
He added that it was hugely disappointing to lose out to Mayo in the final game in the Super 8s, but a run of injuries didn't help.
“The challenge next year is to have another good season and hopefully to get back into the Super 8s and go further this time. That has to be the target,” he said.
“We’re already working towards next season. To be honest, the work never stops, you can’t be resting on your laurels.”

SEE ALSO: Bonner ratified to remain on for at least another year

This weekend Bonner and members of his backroom team will take in the opening series of game in the club championship in Donegal and he said he will be keeping a close watch for new players who could be considered for his county panel.
“The door is always open,” he said.
“You’re always looking to add to your squad where possible. It’s a big step-up to county football though.
“Obviously a player has to have the talent and quality, but there is much more to a county player than that. You need attitude and commitment. It’s almost 24/7 with all that goes into your preparations and your diet.
“But new players have come in and done well, and hopefully that will continue.”