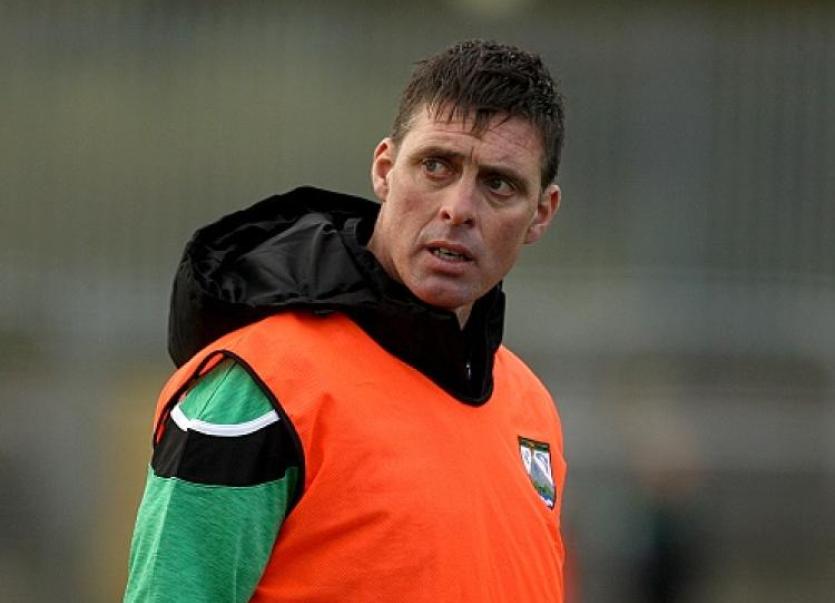 Pragmatic Gaoth Dobhair boss Mervyn O’Donnell does not entertain any talk about the tie that everyone in the county is talking about.
And that is a dream county final between his own Gaoth Dobhair and newly crowned league champons Kilcar.
But, while he concedes that the likely last four could be Gaoth Dobhair, Kilcar, Naomh Conaill and St Eunans - he is just concentrating on next Sunday’s opening round clash with St Eunans in Magheragallon.
“I say get out of the group first, that is my first thought and total focus,” he said.
“No I am just looking forward to next Sunday’s match with St Eunans as we don’t know where we really are at, so a county final is very much the last thing on my mind.
“It was a very long season last year, so we gave the lads March off and a good bit of April to get a bit of a rest.
“Then we had Neil McGee, Odhran McFadden/Ferry and Dáire Ó Baoill with the county team so we were trying a few fringe players.
“We did a bit of weight training to bring some of the younger lads on and did not really focus on the league all that much.
“We did not push the league as hard as we did last year and it was not within our reach.”
The good news for Mervyn and Gaoth Dobhair is that Neil McGee played last weekend and he has a full deck apart from Kieran Gillespie who is back in light training.
“Kieran is running but no contact and would need another month. We will see how he gets on over the next few weeks.”

SEE ALSO: Senior players like to stay on with Donegal

Turning to next Sunday’s clash with St Eunans Mervyn concedes that home advantage is a plus for his side.
“Eunans are a bit of an unknown quantity and we have two away games, to St Michael’s and Ardara.
“It took us a few games to get our act together.
“This is a group of death for us too but I suppose that Eunans, ourselves, Naomh Conaill and Kilcar could be in the semi-finals if we avoid each other in the quarter-finals.
“St Michael’s are always a threat and we have not really played as a full team yet with the county players being away.
“This will be the first time we have everyone together and we have a new young player called Ethan Harkin who is showing up well, but we are losing James Carroll who is going to Australia.”
On the other game in Group A Mervyn sides with St Michael’s who travel to play Ardara
“Ardara are missing Paddy McGrath and CJ Molloy which is a big loss while Christy Toye, Colm McFadden and Martin McElhinney are motoring nicely.

Other groups
In Group B Mervyn fancies Sean MacCumhaill’s to get over his neighbours Dungloe.
“We played MacCumhaill’s and they are well set up and Oisin Gallen and Marty O’Reilly could give them a bit of an edge.”
Naomh Conaill, who have appeared in the last two county finals are Mervyn’s fancy to beat promoted Dungloe.
“On their day Glenties are a match for anyone. They are vastly experienced and are playing more of an attacking brand of football these days.
“They have loads of scoring power and Eoghan McGettigan gives them something extra.”
Mervyn has a slight fancy for Danny O’Donnell’s Milford who travel to take on relegated Four Masters in Tir Conaill Park.
“Milford have a lot of talented ball players and on their day can be a handful.
“I would expect them to just edge out Four Masters who seem to be in transition.”

Michael Murphy
And the return of the great Michael Murphy tips the scales in favour of Glenswilly as they travel to take on Glenfin in Pairc Taobhoige.
“Glenfin are never easy to take at home and they play with great spirit, but Glenswilly are a still a great championship team and are much better when Michael Murphy is back.
“Big Neil Gallagher will be back too, and I believe that Gary ‘Copper’ McFadden will be back as well so they should win that one”.
Finally in Group D, Mervyn lauds Kilcar as they look certain to get a big win over Malin.
“They are the form team and were unbeaten in the league which is a very difficult feat,” he said.
“We were not able to do that when we won it last year.
“They did all of this without their county players.
“They have a very strong bench and they are playing with a great hunger this year.”
Finally, Mervyn thinks that the Jamie and Paul Brennan-powered Bundoran might just have a bit too much nous for battling Termon in the Burn Road.
“Yes, this could be close, but I just think Bundoran have the physique and finishing ability to get through here”.
Let the games begin!