BREAKING BALL: David Gough had a good game, but was he consistent?

Manus Boyle offers his thoughts on the All-Ireland final 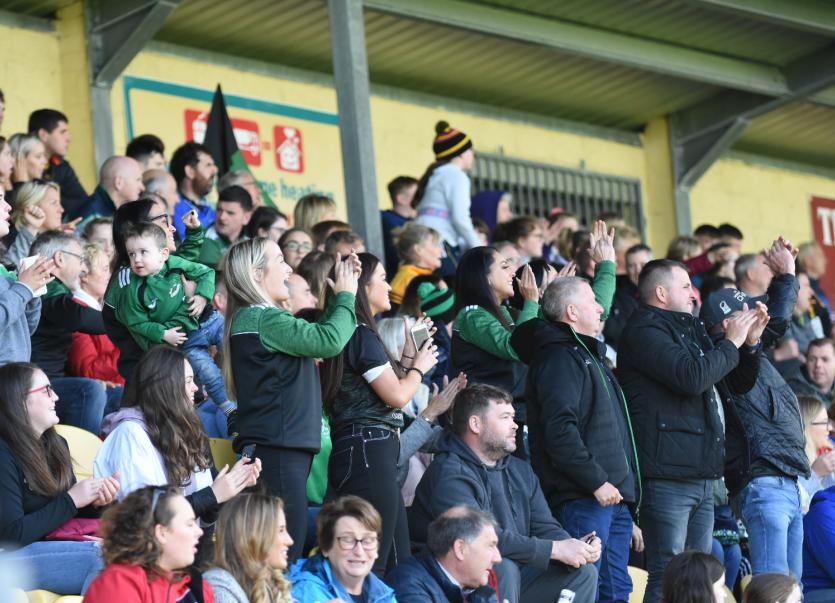 After the hurling final and the controversy that surrounded the dismissal of Kilkenny’s Richie Hogan’s, I am sure everyone within the corridors of Croke Park would have hoped that the football final would have ran off a bit smoother.
Many would have thought that giving the game to David Gough, probably the best football referee of the last few years, was a safe bet. However, in the lead up to the game there were soundings from the Kingdom about the match official working in Dublin.
They didn’t insinuate anything but asked the question none-the-less. They put a question mark in front of the appointment before a ball was kicked.

You would be forgiven for thinking it was one of those cute moves that goes on but is seldom discussed in public. The Dublin camp didn’t engage in the debate.
Such has been the standard set by the Dublin team over the last four years that we forget they are just amateurs, just like the rest of the country. They too can have a bad game.
They didn’t play nearly to the level that they needed to on Sunday and Kerry who would have loved nothing more than to end the drive for five.
They took a leaf out of Jim McGuinness’s 2014 performance and set up in a manner that did frustrate Dublin for long periods of time. Indeed they hit Dublin on the break and if Kerry's finishing was just that bit sharper they could have been well ahead long before the Johnny Cooper incident.
It’s very easy to suggest that Dublin just didn’t play well. Kerry were hungrier and energetic in the tackle and they closed the space very quickly, allowing very little time and space for the Dublin forwards to excel.
But when Kerry were leading by a point going into the closing minutes, it was Dublin who showed that eagerness and hunger that was missing for most of last Sunday’s performance.
Not only did they get the draw but they kicked on and could have won it with that late free from Dean Rock.
While everyone talked about the performances of both sides, and of course the exciting finish, most of the debate centred around the performance of the referee and the dismissal of Johnny Cooper.
On The Sunday Game they all had their say. Some suggested that Gough had a good game and on both tackles he was correct in giving both yellow cards. However, others suggested that both yellow cards, along with the decision to give the penalty that Cluxton saved, were harsh and not in keeping with the intensity and physicality of the modern game.
It would be fair to say that ten years ago Cooper would not have conceded the penalty or indeed been sent off for those fouls. But everyone has a different view and to be fair to Gough, he has a split moment in time to make up his mind. He has to call it as he sees it. But I would have to ask the question if he thought that both tackles were deserving of a yellow card, and both were for holding or grabbing David Clifford’s arm or hand, then why was there only one sending off?
On many occasions last Sunday both Dublin and Kerry players got away with the exact foul that Cooper was penalised for. You could be forgiven for suggesting that there were worse tackles that went unpunished especially in the last ten minutes of ordinary time plus injury time.
Most players and managers can put up with match officials making an odd bad decision but as long as they are consistent. In booking Cooper for the first foul, Gough held up a number of fingers to suggest he was booking him for a number of fouls. Yet the game was littered with frees.
The chances are that the majority of players who play around the middle of the field would have had more than three or four fouls to their name. Yet no other player that was yellow carded was penalised for consistent fouling.
After watching the game for the third time, it’s hard to argue against the idea that Gough hadn’t a good game. He had, but was he consistent?
It would also be hard to argue against those who suggest that he got a number of the big calls wrong, especially the penalty. Maybe with the Cooper incident, the reputation of the player might have made the referee’s mind up for him.
Also Clifford made the second foul worse than it was. Indeed Clifford was well within his right to do so. However, match officials have to be cute to those sort of moves.
The good thing is both teams get to do it all over again.
Johnny Cooper I have no doubt will be back. Kerry will look at the chances they created and how they subdued the Dublin attack. Those who suggest they may have left it behind have a point, butKerry would have left Croke Park knowing that this Dublin side, who were described as unbeatable, are not infallible.
From the Dublin point of view, even though they had a chance to win it, they will know they were let off the hook.
But Jim Gavin and his management team will have been delighted with the resilience shown, especially having played nearly 40 minutes with only 14 men and with a number of their top performers not playing to the high standards they have set over the years.
One thing is for sure, Dublin will not go into the replay as the clear favourites that they were last Sunday. Kerry will have a real opportunity to stop the drive for five.