Four Masters have it all to do in Group C 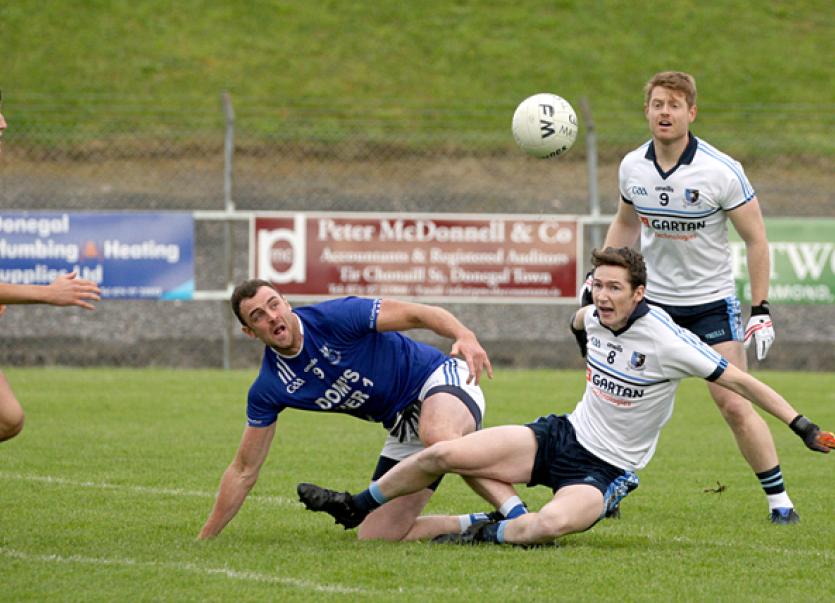 Milford and Glenswilly are tipped by many to make it through from Group C of the Senior Championship and the men from Moyle View are off to the perfect start after they won narrowly in Donegal town on Saturday evening.

Four points separated the sides at the finish and while Milford were the better team in the second half, they were never comfortable as Four Masters were always in touch.

The home side however, weren’t able to find a goal they so badly needed and in the end Milford did enough to seal the win.

Milford were one point ahead at half-time. Four Masters played well over the first 30 minutes and Conor McDaid hit three points. But they kicked several wides in that first half which was to prove costly.

Milford started the second half well and Kane Barrett saw his effort for goal come back off the woodwork. A point from Luke Barrett moved them three points in front and while Four Masters did hit some decent scores, Milford were always able to respond with scores of their own to stay clear.

Cathal McGettigan top-scored for the visitors who will host Glenfin in their next group game next weekend.