Alan Russell hits the winner for the visitors 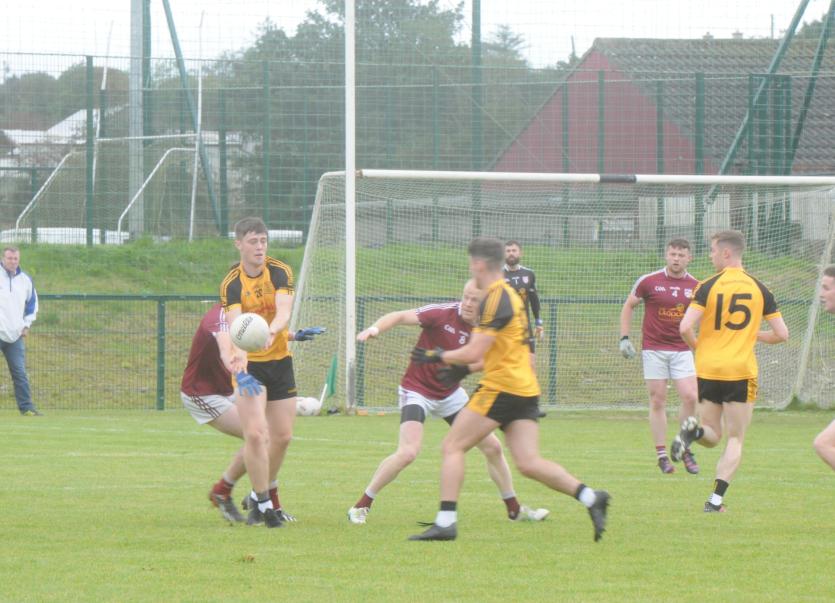 There was a big win for Bundoran at the Burn Road on Sunday afternoon with Alan Russell’s injury time point giving the Seasiders a significant boost in their bid to reach the quarter-finals of the Donegal Senior Football Championship.

This Group D defeat is major setback for Termon in what was a close contest from start to finish with the hosts leading 0-7 to 0-6 at the break.

However, against the breeze, Termon struggled for periods of the second half and the visitors quickly went from a point down to to go 0-9 to 0-6 in front courtesy of two Gary Clancy points and one from county player Jamie Brennan.

The star forward had a relatively quiet game and missed a couple of decent chances in the final quarter that could have made the margin of victory a bit more comfortable for Niall Dunne’s side.

Fellow county man Paul Brennan was fortunate to get away with a yellow card on 47 minutes as he tried to break clear of a tackle from Aidan Sweeney.

It was Termon who had the goal chances with Aidan Sweeney being denied by a brilliant goal-line block by Bundoran full-back Paul Murphy just before the hour mark.

Then on the stroke of full-time, keeper Conor Carty did well to parry an effort from sub Anthony Grant but there was an element of good fortune as the ball rebounded off a defender and out for a 45m free which Enda McCormick converted to level the score at 0-11 apiece.

But, the visitors broke quickly from the resultant kick-out and Russell was on the end of an excellent move to lift the ball over the bar for what proved to be the match winning score.