Still so much to play for in most groups 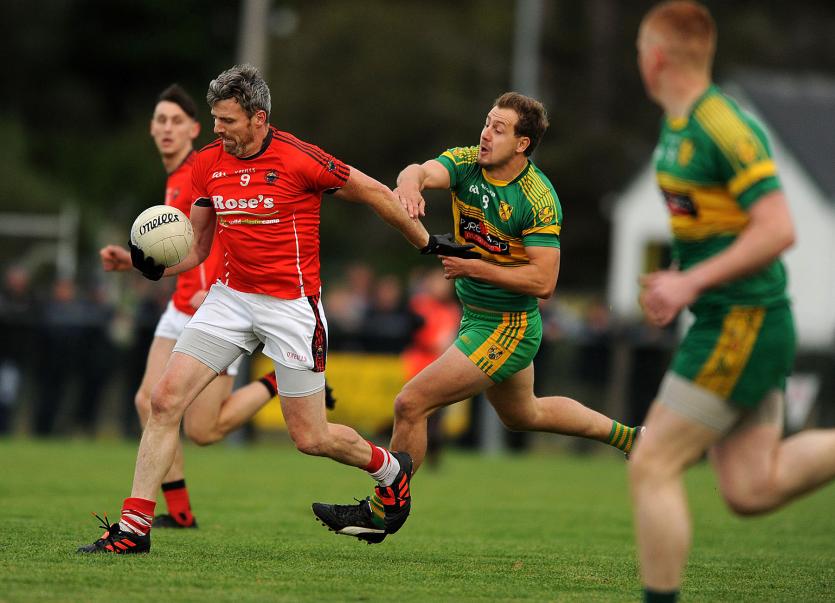 There were two main talking points after the weekend’s first round of games in the senior championship.
The first is the performance of young MacCumhaill’s player Oisin Gallen. Oisin scored 2-9 in their 5-14 to 1-18 win over Dungloe in MacCumhaill Park.
His performance is even more impressive when you consider 2-8 of the 2-9 was from play and he also set up one of the other MacCumhaill’s goals. I know it was against Division Two opposition and a fairly porous defence but it is still good shooting in championship football.
Dungloe may be a little off the top at the moment but no matter how you look at it, it was a top class forward performance.
You are going back to Martin McHugh and Mickey McLoone times since we last saw that kind of finishing in championship football in the county.
Oisin is a class young footballer. I met him at the Bundoran Cúl Camp during the summer and he is a lovely lad. He seems to have bulked up well over the last few months and as long as he doesn’t over do it, it bodes well for Donegal next season.

Drawn game
The other big talking point was the drawn meeting of Gaoth Dobhair and St Eunans in Magheragallon.
The game ended Gaoth Dobhair 1-3, St Eunan’s 0-6. That is an incredible score.
It is hard to believe the Ulster and Donegal champions could only manage to score four times, two points and then a goal and a point in the second half.
Kevin Cassidy may argue otherwise but the general view from all at the game was his strike that led to the game’s only goal was a mis-hit shot for a point.
Gaoth Dobhair's performance should not detract from a very disciplined and controlled performance for a by and large young St Eunan’s side.
They will draw great confidence from going to Magheragallon and coming within a whisker of beating the double champions on their own patch.
There will be a lot of soul searching in Gaoth Dobhair as they prepare for a make or break clash with St Michaels, in Dunfanaghy this weekend.
St Michaels set their stall out on Saturday night with a big 14 point win over Ardara, in Ardara.
St Michaels, with home games to come against Gaoth Dobhair and St Eunans, are now in pole position to take one of the two qualifying positions in the group.
Glenfin came close to causing the upset of the round before being held to a draw by Glenswilly in Glenfin. It took a late equaliser to tie up the game at the death.
Glenfin had led this game for long periods and could have killed the game off when Aaron McGlynn hit the post in the second half when in on goal.
Despite being held to the share of the points, I still fancy Glenswilly to qualify from the group with the battle for the second qualifying place between Glenfin and Milford.
Milford had a good win over Four Masters in Donegal town on Saturday night.
We played Milford in the league a few weeks ago. They are a decent side and I fancy them to pip Glenfin for the second spot.
Kilcar as expected had a big win over Malin in Towney and are not only favourites to top the group they are the favourites for the championship overall.
Bundoran were lucky to come away from the Burn Road with a narrow win over Termon and I fancy them to take second place in the group.
I expect Naomh Conaill to top their group with Bundoran just about shading it ahead of MacCumhaills.