First Irish start for Ronan Curtis is one to remember 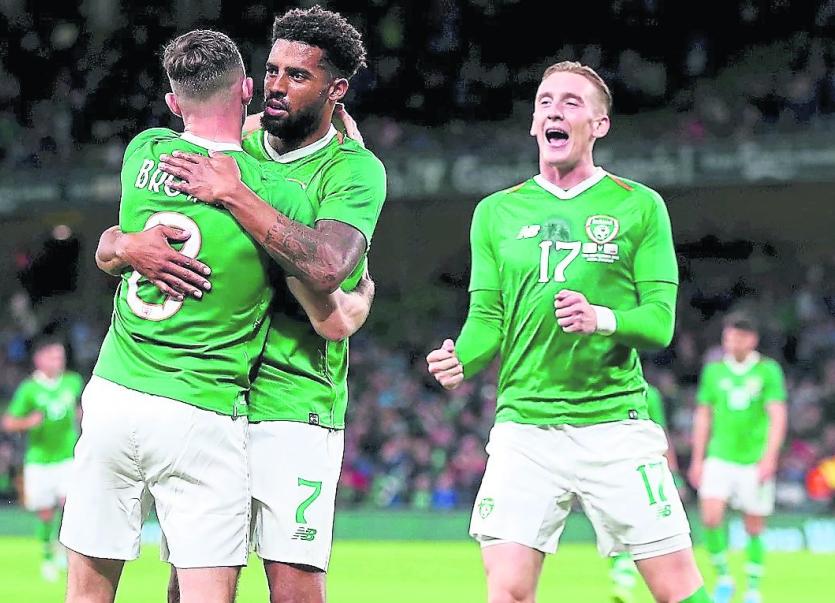 Ronan Curtis, who grew up in east Donegal, started his first International with the Republic of Ireland on Tuesday and helped them to a 3-1 win over Bulgaria at the Aviva Stadium in Dublin.
The 23-year-old, who joined Portsmouth from Derry City in 2018, had made two previous senior appearances having come on as a substitute.
On two occasions on Tuesday night he came close to scoring and he was also involved in the build up to the opening goal.
Curtis was thrilled to start at the Aviva, having been hit by a freak finger injury earlier this year that ruled him out of the qualifiers against Gibraltar and Georgia.
"It’s a dream come true for me to put on that jersey," he said.
Alan Browne put Mick McCarthy’s side ahead in the friendly before substitute Jack Byrne (the Shamrock Rovers player making his debut) set up the second and third goals for Kieth Long and James Collins.
Curtis, who was born in London, made an instant impact when he signed from Portsmouth from Derry City, and has scored a dozen goals in just over 50 appearances.
He helped Pompey to win the EFL Trophy last March as they defeated Sunderland 5-4 on penalties after a 2-2 draw.
He made his Ireland U21 debut against Kosovo in March 2017.
Curtis is a godson of Chris Coleman, who played for and managed Wales.
Curtis supported Arsenal as a kid and also had a soft spot for Crystal Palace who he watched on numerous occasions before moving to live in St. Johnston.
He played underage football with Kildrum Tigers and Swilly Rovers.
His mother is from Derry and his grandfather is from Cork.