READ THE REID: On the brink - but can Dublin handle the pressure? 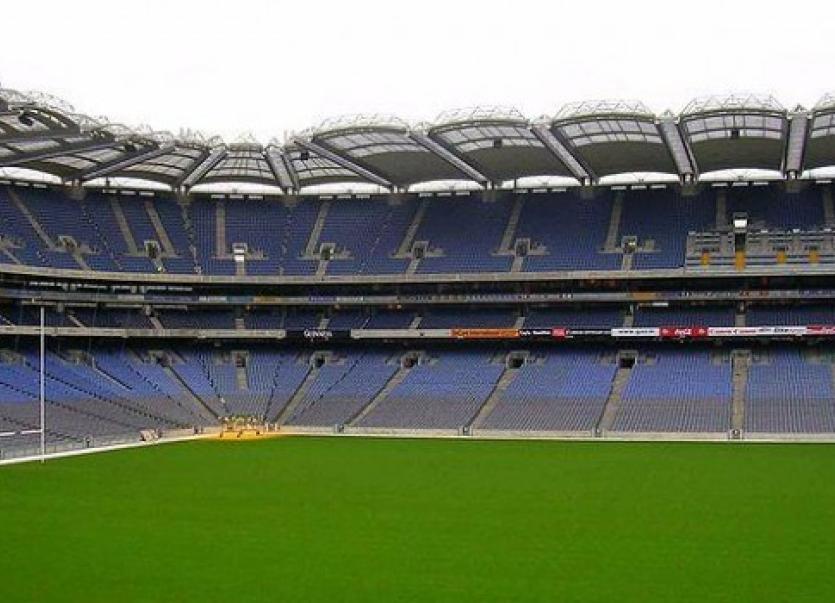 Croke Park will play host to another sell-out on Saturday evening - but can Dublin handle the pressure against Kerry?

It’s all go on the local GAA front as the Donegal club championship kicked off last weekend.
At national level, the All-Ireland camogie finals took place in a resplendent Croke Park on Sunday with Kerry, Westmeath and Galway the victors in their respective Junior, Intermediate and Senior finals.
Almost 25,000 attended headquarters to watch three very entertaining games. It is a credit to the Camogie Association to see the game flourishing. The standard of camogie was exceptional, especially the speed, power and agility of the senior players.
In winning the Intermediate title, the Westmeath team secured Senior status for the first time in their history just two years after winning the Premier Junior title.
All eyes will be on Croke Park again this weekend as Kerry and Dublin have unfinished business to complete in the All-Ireland senior football final replay on Saturday evening while Dublin take on Galway in the All-Ireland senior ladies final the following day.
Back home, reigning Ulster club senior men’s club champions Gaoth Dobhair played out a draw with St. Eunans last Sunday evening in Magheragallon. This was always going to be a close encounter irrespective of the venue.
Gaoth Dobhair beat St. Eunans in Letterkenny by a point last season and it came as no surprise that the two teams could not be separated in this year’s championship encounter.
The other main contenders, Kilcar and Glenties, beat Malin and Killybegs respectively.
Slight outsiders, St. Michael’s had a huge winning margin against newly promoted Ardara.
Some are touting Glenswilly as potential champions.They shared the spoils against last year’s Intermediate championship winner Glenfin.
Elsewhere, McCumhaills’ inter-county superstar Oisin Gallen gave a masterclass performance against Dungloe in Ballybofey, scoring 2-9 in their eight-point win.
The Intermediate Championship saw one of the title favourites Fanad surprisingly beaten by Newtowncunningham who escaped relegation to Division 4 recently.
Aodh Ruadh, who should come close this season, drew against Naomh Muire in Annagry.
Other potential Intermediate contenders, Cloughaneely, Naomh Columba, St. Nauls and Red Hughs recorded expected victories.
The Junior Championship didn’t produce any real shocks. Like the Intermediate Championship, it’s a lottery with a host of teams vying for the title.
Buncrana, Letterkenny Gaels and Convoy are the teams setting the pace after the first round.
The All-Ireland senior football replay has put the Donegal club championship fixtures into a bit of disarray this Saturday evening. The Kerry and Dublin rematch certainly has been a major talking point since their drawn game last Sunday week.
Have Kerry missed the boat? Yes, I believe so. Dublin haven’t had a decent challenge all season and their hard-fought draw against the Kingdom will serve them well.
Some ‘smart alecks’ are suggesting that Dublin cannot win a five-in-a-row because Saturday’s game will be their 6th final in five years. Yes, this is technically correct but should they win, they will have had five straight All-Ireland successes in five years.
I believe that Dublin manager Jim Gavin will have learned a lot from the drawn game. He is an astute operator. However, I felt that his substitutions were somewhat puzzling. I was really surprised that Diarmuid Connolly was on the bench at all, never mind coming in late in the game. Surely, Bernard Brogan should have made the bench.
Eoin O’Gara must also be irritated that Connolly got in ahead of him. Paddy Andrews, Philly McMahon and Cian O’Sullivan may be recalled while Kerry may also start Tommy Walsh.
It’s all conjecture at the time of writing but I’d be surprised if Dublin didn’t ring the changes. I agree that this dominant Dublin team were found wanting against a very challenging Kerry outfit but, I cannot see Dublin taking the foot off the pedal on Saturday.
For the first time this year, they will have genuine fire in the bellies this Saturday evening. No amount of training sessions would match what Dublin learned from last Sunday week’s enthralling encounter.
Kerry too will have taken a lot out of the fierce contest. They will have been buoyed by Dublin’s deficiencies in defence, that none of their much-praised substitution bench didn’t score and made little impact on the game.
It’s fine coming in when a game is won but when the backs were to the wall last Sunday week, none of them were able to unhinge a superb Kerry defence.
Once again, Dublin find themselves on the brink of this historic five-in-a-row with only the cute Kerry men in their way.
There would have been much soul searching in both counties since the drawn game, especially in Dublin. The pressure is still on them to achieve this elusive prize.
Dublin selector Declan D'Arcy said recently “Everyone’s perception is that there’s a hair-dryer treatment at half-time, Alex Ferguson-style”. He said this “is a thing of the past”.
I’d say that Dublin pushed out their budget after the draw against Kerry with Jim Gavin sending Declan to Argos to buy a hair-dryer the following Monday morning.
Keep the faith!