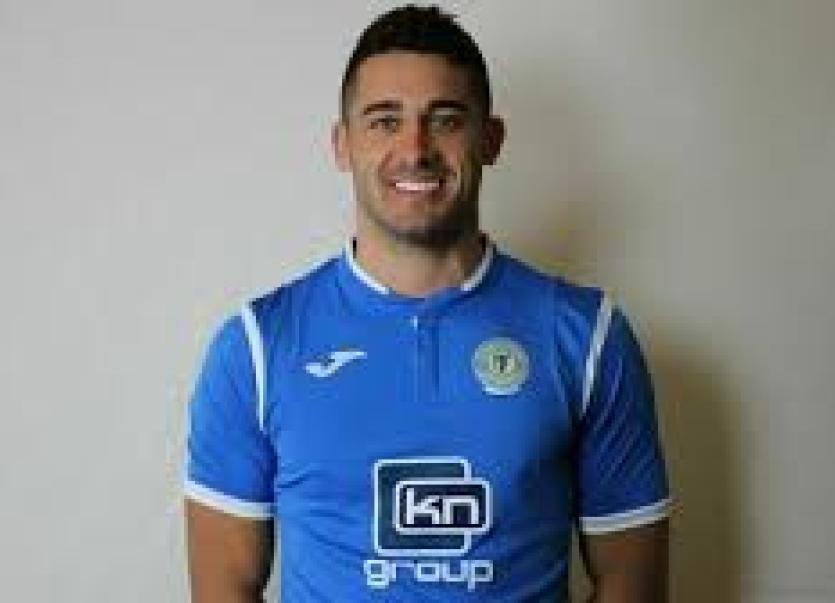 Harry Ascroft who was on the mark for Finn Harps at Sligo Rovers PICTURE: STEPHEN DOHERTY

Finn Harps suffered their fourth defeat on the spin as FAI Cup semi-finalists Sligo Rovers collected the points in a very open north-west derby at the Showgrounds.

Harps were blitzed by Sligo in a ten-minute spell midway through the first half as Niall Watson, Ronan Murray and Sam Warde bagged three goals.

Harps' consolation came in the 90th minute with a late strike from Harry Ascroft.

This result leaves Harps five points ahead of bottom club UCD, with five games left for each club – including a proverbial six-pointer in Ballybofey next month. UCD picked up a good point at St. Patrick's Athletic tonight.

Harps went into this game on the back of three defeats, and hoping to bounce back from the reversal last time out, against St. Patrick’s Athletic.

The Bit o’ Red lost in their last league outing – against Dundalk – but having banged in four goals in their FAI Cup defeat of UCD, they weren’t lacking confidence.

Indeed, Liam Buckley’s side had scored 23 goals in their previous six outings.

Harps made three changes with Raffaele Cretaro, Ruairi Harkin and Mark Russell coming in, with Harry Ascroft and Mark Coyle dropping to the bench while Niall Logue was ruled out through injury.

Sligo made a number of alterations – with the cup semi-final against Dundalk obviously in mind – including the decision to leave Kyle Callan McFadden on the bench (he was one game off a suspension) while striker Romeo Parkes was also watching from the dug-out.

Harps began positively with Nathan Boyle heading just over from a Mark Timlin cross while Ruairi Harkin fired wide from a promising position.

But Sligo then gave Harps a couple of scares with Daryl Fordyce, Ronan Murray and Danny Kane having chances before they took the lead on 22 minutes.

Murray whipped in a cross from the left and Niall Watson rose to head powerfully past Mark Anthony McGinley with questions being asked about the visiting defence.

Ronan Murray then ran onto a fine through ball from Regan Donelan who showed some great skill before scoring from an acute angle just four minutes later to give the home side a flattering lead.

And worse was to follow on 28 minutes as Sligo scored directly from a corner taken by Sam Warde with his in-swinger deceiving everyone and ending up in the back of the net.

Harps had a couple of further half-chances before the break – with Mark Timlin trying a couple of pots on goal – but Sligo always looked threatening with some fine attacking forays.

Harps had a decent opportunity early in the second half when Nathan Boyle forced his way into the box but could not keep his shot down and put the ball over the bar.

Meanwhile, on the touchline, Ollie Horgan was given his marching orders for some protestations as Harps’ problems intensified.

Substitute Harry Ascroft produced a fine effort for Harps not far off the target but as Harps pushed for a goal to get back into the game gaps invariably appeared at the back.

Cretaro had a shot blocked and an appeal for handball turned down before Harps got a late boost with substitute Ascroft pulling one back in the 90th minute after he got onto the end of a long throw-in from Tony McNamee.

And there was some late drama with Cretaro smacking a shot off the post as Sligo suddenly struggled.

But the damage had been done in the purple patch in the first half and so Sligo collected the points.