FINAL: Donegal take on Dublin in the All-Ireland Masters final in Ballyleague, Roscommon 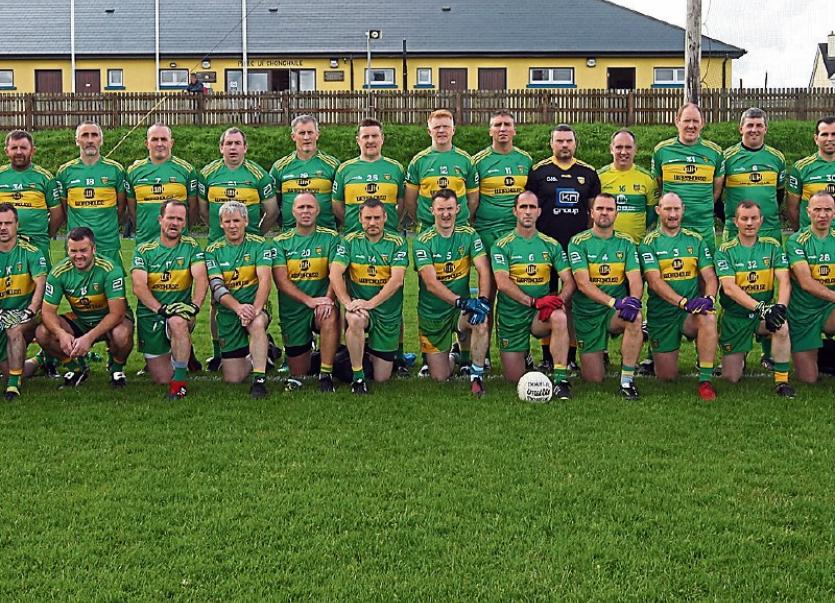 The Dublin GAA juggernaut rolls into Roscommon on Saturday and the Donegal Masters will be lying in wait as the two counties go head-to-head in the All-Ireland Masters final.

The game is fixed for Ballyleague, on the banks of Lough Ree and has a 3,30 pm throw-in.

The Dubs are on a real high with their senior men having completed the five in-a-row; the women the three in-a-row and now their Masters team looking for the two in-a-row, having defeated Tyrone in last year's final.

Donegal, under Val Murray (assisted by Liam Breen and David McShane), almost had their number last year, losing out after a replay in the semi-final.

The group have been together for a number of years, winning the All-Ireland Shield in 2016 before going down to Mayo in 2017 and Dublin last year when the finishing post was in sight.

There is a renewed confidence this year with the addition of a number of newcomers such as 'keeper Gerry McGill, Peter McHugh, Seimi 'Coshia' Friel, Johnny McCafferty and Barry Monaghan. The notable absentees from last year are Gerard McGrenra and Paul McGonigle.

In an impressive semi-final win over Roscommon at the end of August, John Haran was to the fore along with Kerry Ryan, Brian McLaughlin and John McFadden.

One of the main driving forces behind the rejuvenation of the Masters game in Donegal in recent years has been Naomh Muire's Paul Gallagher and he retains a great enthusiasm for organising and playing.

"We have been knocking at the door, losing out to Dublin last year by a point in the replay," said Gallagher.

"We had a slow start this year, unlike other years, but the main aim was to make the last four. We seem to be peaking at the right time," said Gallagher, who added that they had a full squad available for the final.

"There is a core of players that have been there from the start," said Gallagher, who hinted that it could be their swan song. But then he quickly added that giving up playing might be difficult.

"Most of the boys are still playing at a good level and we have players from Urris to Bundoran. It is a huge commitment but there is good intensity and craic at training.

"All the players in the squad are stalwarts of their clubs over the years and are still active either playing, coaching or managing which is a credit to themselves and their clubs."

Gallagher paid tribute to their main sponsor Warehouse, Letterkenny. "Without them we would not be able to exist," he said. He also thanked the Co Board for the use of the Training Centre at Convoy.

When the sides met last year the highlight was the tussle between Naomh Muire's Charlie Doherty and the lightning fast Dublin corner-forward Ciaran McGuinness. Charlie put in an extraordinary shift to try and keep tabs on McGuinness.

The Dublin side of last year also had former senior players Shane Ryan and Ray Cosgrave. They defeated Tyrone in this year's semi-final.

But while the Sky Blues will be hoping to build on the successes of last weekend, Paul Gallagher is determined "to put a spanner in the works".

"We are not going to make up the numbers," he concluded.