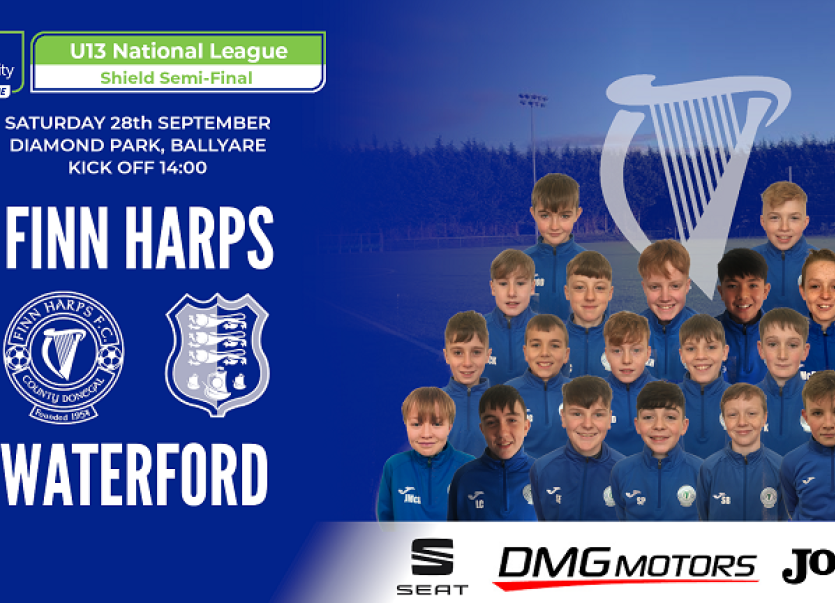 All roads lead to Diamond Park, Ballyare this Saturday as the Finn Harps host Waterford FC in the U-13 National League Shield Semi Final, kick off 2pm.

Finn Harps U-13 head coach Kevin McHugh praised the influence of National League in its inaugural season, “Its been a very positive season to date, the players have come on so much since this time last year. People questioned the U-13 league National League, but this is our 21st competitive game in LOI and I can see huge benefits of this coming through in each player."

Harps welcome a Waterford side who came secibd in the South section of the national league, whilst Harps themselves topped the Northern section.

McHugh hinted at the exciting game expected on Saturday, "It’s a great end to the season regardless how Saturday's game goes. Waterford have been blowing teams away in their group, so it’s going to be a brilliant test for our boys against a quality side. Hopefully we will see a decent crowd in Ballyare for the game."