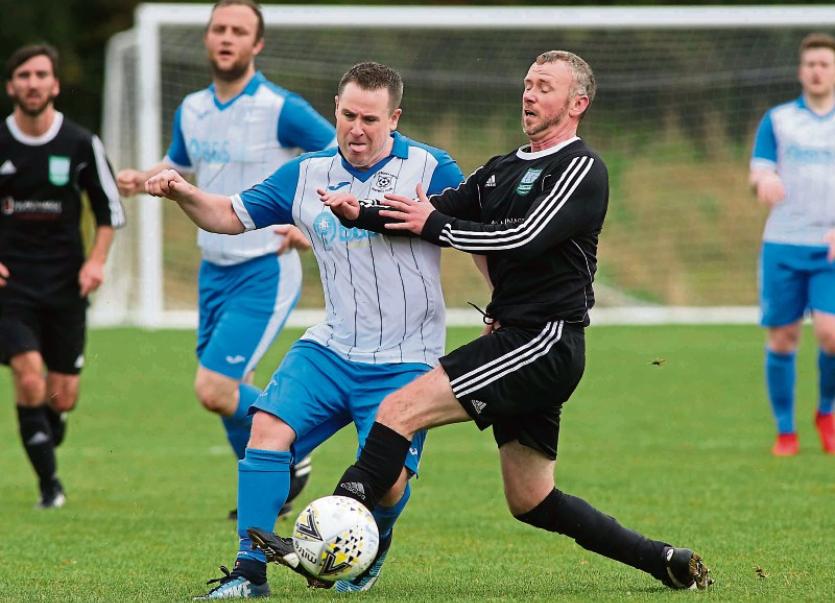 How times have changed. Two decades ago, Dunkineely Celtic were one of the powerhouses of junior soccer in the county, winning a string of top flight titles, banging in the goals, and producing some wonderful displays.

Fast forward to the present day and it’s a much changed scenario. Last season they finished second bottom in the Donegal Physiotherapy & Performance Centre Division Two of the Sunday league, winning just three out of 18 league matches, conceding an average of more than three goals a game and ending up with a goal difference of minus 41.

Several of the key personnel from the glory days remain involved with the club and off-the field the Darney Park outfit appear to be in good shape with some great football men still there.

But on the field of play, this is what could diplomatically be termed as a transitional period.

Chairman Gerry Rodgers, a stalwart of the club, has seen the highs and lows, but is also very much a realist.

The main difficulty, quite simply, is that they only have a small pool of players to choose from.

“We’re also a very young team, the average age is only about 17 or 18. If we finished in mid-tale we would be happy,” he says.

Player-manager Adrian Nesbitt, who has been the top scorer for the last couple of seasons, has Malachy Byrne assisting this season.

Last week they had their first outing in the league, and lost 4-1 away to Lagan Harps, with Jamie Kelly getting their goal.

Up next, on Sunday, is their first home game of the season when they entertain a Curragh Athletic side that actually beat Lagan Harps 4-1 in their opening game the previous week and followed it up with a 2-2 draw with Raphoe last Sunday.

As has happened over the years, Dunkineely Celtic may get some bounce in the months ahead as some dual players return from Gaelic football circles.

But it’s essentially a case of plugging away and keeping the show on the road with the hope that better times will return at some stage.

However, soccer in south Donegal is at a low ebb these days. Gone from the Donegal Junior League are the likes of Erne Wanderers and Eany Celtic.

Dunkineely’s pre-season tournament had only six teams this year (Keadue beat Donegal Town in the final), down from eight last year.

Nevertheless, the club has a great backbone of personnel and it remains an important cog in the local community wheel. While everyone strives for success and the joy that it brings, the most important thing is to keep going.

Meanwhile, it’s a restricted league programme due to the involvement of several teams in the FAI Junior Cup.

There are two other games in Division Two on Sunday, with Deele Harps at home to Whitestrand United in a bottom versus top fixture while Glenree United take on Lagan Harps.

In the Brian McCormick Premier Division, Castlefin Celtic meet Kilmacrennan in a clash of the heavyweights.

The Temple Domestic Appliances Division One has only one game, with Ballybofey United expected to overcome a youthful St. Catherine’s.

In the Saturday League, Donegal Town Reserves will be bidding to make it four wins from four as they host Milford United Reserves in the top billing.

Fourteen Donegal League sides are in action in the FAI Junior Cup on Sunday with one of the top ties being between Gweedore Celtic and Donegal Town.

Kildrum Tigers and Clonmany Shamrocks will see two of the strongest teams in the county in action while the big east Donegal derby between Convoy Arsenal and Lifford Celtic should attract a decent crowd.