Letterkenny too strong for Keadue Rovers in title decider 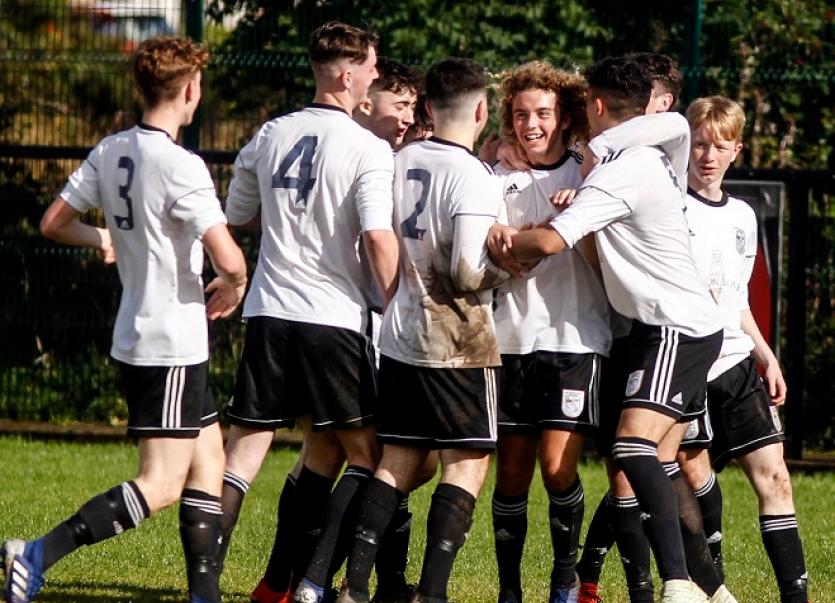 With both teams level on points at the top of the table going into the final game of the season this league decider was evenly matched during the first half.

However, a wonderful free-kick from Dwyer shortly before half time gave the home side a narrow lead at the break.

And when Rovers struck twice within a minute right at the start of the second half, Keadue’s hopes of spoiling Letterkenny Rovers’ day were ended.

That said, after falling 3-0 behind, the Central Park outfit enjoyed by far their best spell of the game. They went close to scoring no less than three times - Adam McHugh twice denied from dead-ball situations. He saw a brilliantly taken free turned round the post by Rovers keeper Aaron Hepburn and then soon after, a dipping free kick came back off the inside of the post. But by that stage of the game, Letterkenny were well on their way to victory. And even though Keadue made a real fight of it, Anthony Gorman’s team were worthy winners.

In a cagey opening, the home side had the better of the chances and Maurice McGee came to Keadue’s rescue with a brilliant goal-line clearance to deny Nathan Plumb early on.

Keadue’s main threat came from the inventiveness of the excellent Jack Doherty while Damien Duddy and Eoin Martin were also playing well. Jack Doherty of Keadue Rovers fires an effort on goal

But Letterkenny were the better side with Kieran Tobin catching the eye in midfield and captain Jonathan Coady causing problems on the right. They went in front on 38 minutes when Dwyer’s dipping free kick found the bottom corner.

Three minutes after the restart, Dwyer was involved in the move which saw the ball run loose in the area and Plumb showed fantastic awareness to direct his shot in past the dive of Boyle.

A minute later, the same two players combined, this time Dwyer taking possession outside the box and his super strike flew past Boyle into the top corner. It capped a brilliant individual display from the Rovers striker. After that it was a case of seeing the game out for Letterkenny. But they survived a string of Keadue chances and Adam McHugh will still be wondering how neither of his two expertly taken frees didn’t find the net.

The win was Letterkenny’s second of the season against Keadue and their only blip in an excellent season was a league loss to Bonagee.