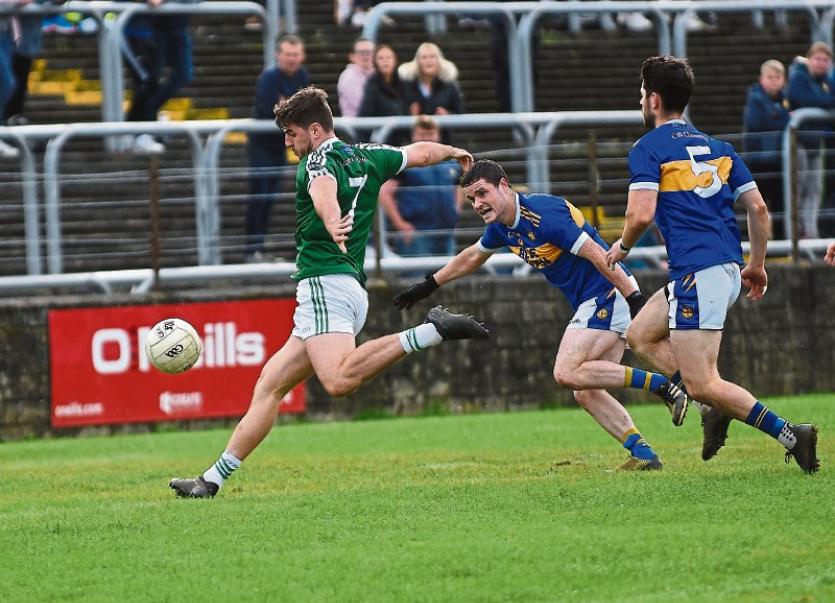 MacCumhaill Park was awash with sunshine with 5,400 present to witness the wins by Naomh Conaill over St Eunans and Gaoth Dobhair against Kilcar.

The outcome means that the final will be a repeat of 2019 with Gaoth Dobhair probably now favourites to retain their title after a very impressive display to overcome a fancied Kilcar team, who were suffering their first defeat of the year in the county (they had lost the All-Ireland Gaeltacht final down in Kerry in June).

Most neutrals who were present in MacCumhaill Park on Sunday would have gone home feeling that Donegal football was in a good place.

Former Donegal star Joyce McMullin was one of those impressed by the standard of football which was on view in the semi-finals.

"After the predictable outcome of the quarter-finals the previous weekend, the semi-finals played in MacCumhaill Park on Sunday did not disappoint. Indeed, Declan Bonner will be pleased with the overall state of Donegal football and the range of talent on view should give grounds for optimism going forward," said McMullin

"Naomh Conaill relied on the wealth of experience gained from contesting seven of the last 10 finals to see off a lively and youthful St Eunans team.

"The Letterkenny men found themselves in front midway through the second half after a fortuitous goal from Eoin McGeehin, who was very alert, and a point from Niall O Donnell, but they did not have the know-how to go and win the game from there.

"Instead Naomh Conaill knew exactly how to get across the line and the experienced Leo McLoone and Anthony Thompson and young guns Eoghan McGettigan and Cairan Thompson led the line in those vital moments en route to another final."

That was especially true in the final moments when McLoone showed all his craft to get the free which ultimately decided the game, getting them over the line by the minimum.

The second semi-final was being hailed as the game of the championship and many people wanted the Donegal final to be between the two most recent holders of the Dr Maguire Cup, Kilcar and Gaoth Dobhair.

"The Kilcar and Gaoth Dobhair game that followed was an absorbing clash from the word go.

"Any questions about Gaoth Dobhair's ability to raise their level of performance when their backs were to the wall were answered but not before Kilcar made the early running.

"In fact Kilcar should have taken more from their lively start and should have been further ahead when Gaoth Dobhair struck for their first goal through Eamonn Collum just after Kilcar squandered a good goal chance themselves.

"The goal seemed to settle Gaoth Dobhair and seemed like a body blow to the Kilcar men. They were two down at the break and things got worse on the restart when Dáire Ó Baoill finished a great move to put daylight between the teams.

"Kilcar did not give up but the Gaoth Dobhair men had grown in confidence and when Kevin Cassidy slotted home the third goal late on the result was never in doubt."

The former All-Star McMullin feels that Gaoth Dobhair will be hard to stop now that they have found their rhythm.

"The scoreline did not reflect the efforts of Kilcar on the day but Gaoth Dobhair look like they will take stopping this year again. They have a combination of power in the central positions and willing runners in the middle third.

"Kevin Cassidy gives them an extra option up front and Odhrán Mac Niallais has a fantastic presence around the middle. He does so many things well like passing, scoring, catching, flicking on and his all round play is just a joy to watch. They will take some stopping while in this sort of form," says McMullin.

Gaoth Dobhair and Naomh Conaill have just over a week to prepare for that final clash which is set for MacCumhaill Park on Sunday week, October 20.