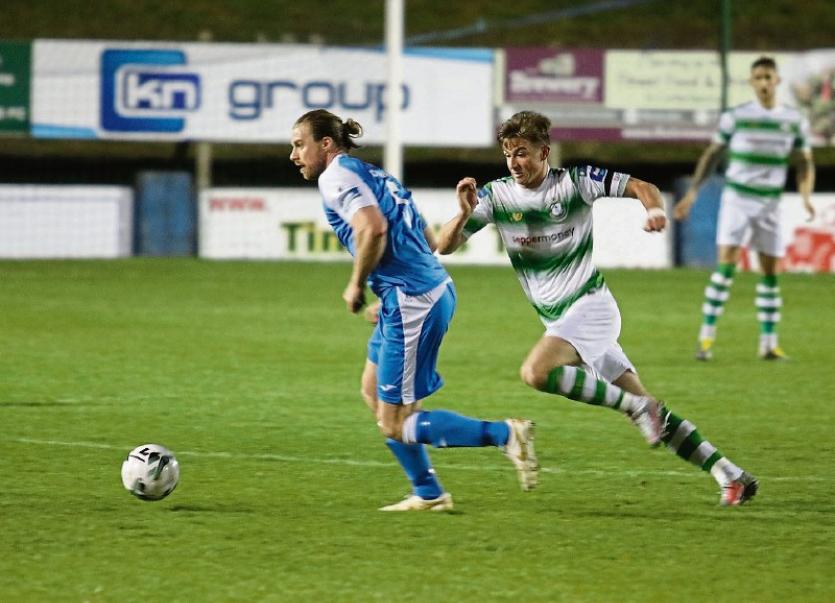 It’s a tale of two clubs hoping to end the season on a high.

Tomorrow (Friday) evening second-place Shamrock Rovers take on second from bottom Finn Harps in a match that is likely to attract the lowest attendance of the season for the Hoops at Tallaght Stadium.

Rovers, already runners-up in the Premier Division, will surely have one eye on their FAI Cup Final date with Dundalk in November, while Harps go into the game almost - but not quite - assured of finishing in the relegation play-off berth.

UCD, six points adrift of the Donegal club, head to take on a Cork City side that themselves are six ahead of the Ollie Horgan-managed Harps with just three games to go.

Depending on how results go, UCD could be relegated by Friday night.

The gulf on and off the field between Rovers and Harps could hardly be starker.

Ireland’s most successful football club are now well settled in their new home - which had its capacity extended to 8,000 this season - and appear on an upward curve.

After years of underachieving they are making progress. Beating Dundalk in the decider would be a massive boost.

But even if they fail to secure the trophy at the Aviva, the future looks bright. Aside from the fine stadium, there has been big investment in training facilities and underage football Attendances are up, and last weekend at a meeting in Tallaght Stadium, Shamrock Rovers members were given information on a proposed multi-million euro investment by Dermot Desmond in the club with the financier seeking to become a 25% shareholder in the club.

Desmond is the largest individual shareholder with Celtic.

By contrast, the long planned moved by Finn Harps to a new home in Stranorlar continues to have as much uncertainty as a Brexit storyline, and the cash-strapped Donegal club have had to initiate a number of fundraising schemes to make ends meet until the end of the season.

For Harps, a two-legged promotion/relegation play-off remains a distinct possibility and it would be a massive achievement if they can stay up.

The geographic and financial disadvantages facing Harps are such that to survive in the top flight really is something to admire.

To give a bit of context to the financial gulf that exists, it should be pointed out that Shamrock Rovers’ wage bill in 2017, for example, was €1.2 million. Harps’ outgoings were in the region of €230,000.

In both cases, the expenditure come the end of this year will be higher. But the bottom line is that Harps are competing with sides that are spending five of six times what they can on players!

And for the likes of Rovers and Dundalk, income from playing in Europe is a major cash-cow.

Indeed, just playing in one round in the Europa League will net an Irish club a minimum of €220,000. Two rounds of action would represent a figure similar to Harps’ turnover for the entire season!