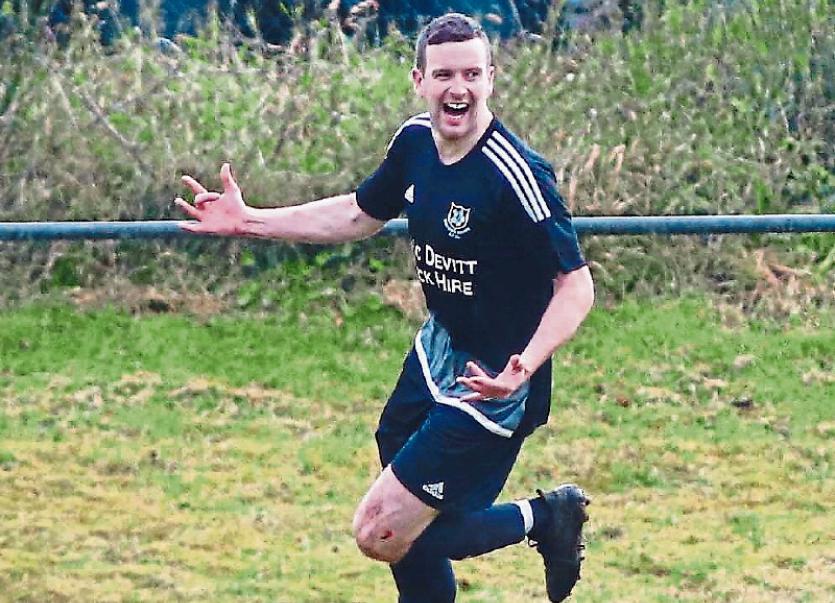 Fintown may be one of Donegal’s smallest villages but the local soccer club continues to make great strides and it’s a credit to all involved when you see just how much is going on.

This Saturday, Fintown Harps’ senior team will be hoping to notch up their first league win of the season when they host Strand Rovers at Pairc Achla in the Glencar Inn Division One.

Formed back in 2002, the club has put a real emphasis on developing youth football.

Indeed, as PRO Patrick McGlynn, told the Democrat: “We started with a Saturday team but we now have underage teams at all levels from under-8s to under-16s. We have a good underage set-up and it’s all about being patient and natural progression.

The club currently attracts players from Glenties, Ardara, Leitirmacaward, Glenswilly and Glenfin as well as from Fintown, with a small and hard-working committee ensuring participation in many competitions.

The Saturday side has a lot of young players and having been promoted last season from Division Two, the feeling is if they can stay up then it will be a good season.

While they have yet to win in four league outings, McGlynn is not unduly worried about how the table looks at present.

“We have four or five players to come back from Naomh Conaill and hopefully we will get stronger as the season goes on,” he said.

Looking ahead to this weekend’s game, he points out that Strand Rovers beat Fintown in the Voodoo Venue Cup semi-final last year, although they had been well in the game until late on. So, it would be nice to get one over them on this occasion.

With some 30 players signed, one of the headaches for manager Barry McMonagle is trying to decide what his strongest eleven is.

Shan McMillan, top scorer last year, is the club captain, and once again this term his sharpness in front of goal will be crucial.

This is only their second game of the season at home - in their opener they drew 1-1 with a Milford United Reserves side that were also promoted last season.

Strand Rovers lost their first two games of this year’s campaign but have since recorded victories over Glencar Celtic (2-1) and Milford United Reserves (3-1).

A close game is in prospect.

Glenea United Reserves face a strong Oldtown Celtic side and Glencar Celtic and Keadue Rovers has the makings of a draw.

In the Old Orchard Inn Saturday Division Two, leaders Cappry Rovers Reserves can continue their fine start to the start with victory over Cranford United Reserves in the top billing.

Meanwhile, in the Sunday League, third placed Cappry Rovers face second placed Kildrum Tigers in the Brian McCormick Premier Division with Donegal Town still searching for their first win as they host Drumkeen United in the only other game.

In the Temple Domestic Appliances Division One, the stand out game is the top versus bottom clash as St. Catherine’s entertain Kerrykeel at Emerald Park while in the Donegal Physiotherapy & Performance Centre Division Two, the big fixture is in Ramelton where the top two, Swilly Rovers and Whitestand United, meet in the Fanad peninsula’s “El Clásico”.

This Sunday also sees action in the Knockalla Caravans Cup.