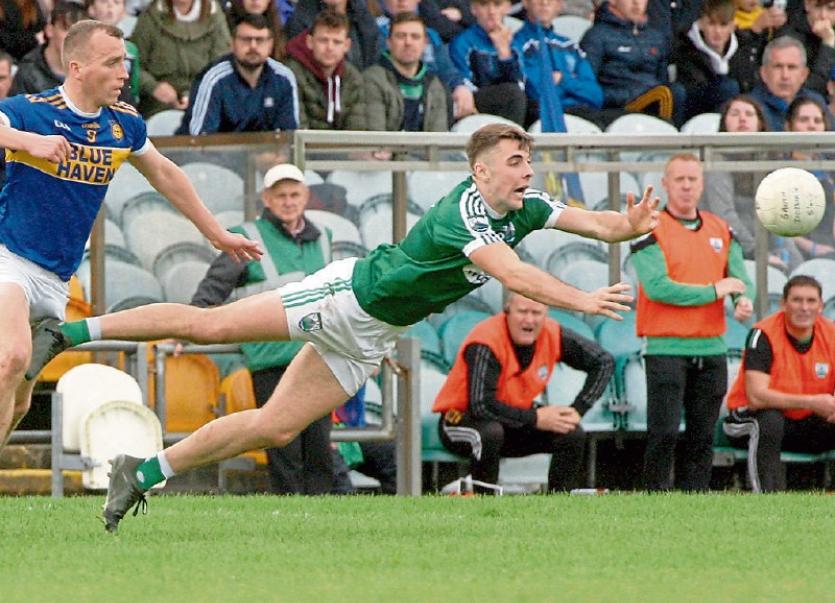 Glenties and Gaoth Dobhair emerged victors in two pulsating games with the latter rediscovering last season’s form to overwhelm title favourites Kilcar in the second decider of the afternoon. Glenties too, dug deep to overcome a young and emerging St. Eunan’s side to reach yet another county decider.

One has to salute last year’s Donegal and Ulster champions Gaoth Dobhair for their overall general display on the day. Tactically, team manager Mervyn O’Donnell got it right and he and his team have to be given due credit for their clinical performance.

Again, it was a joy to watch Gaoth Dobhair’s Odhrán Mac Niallais, who is one of the country’s most gifted natural players. Good and great teams are built on solid defences. Kilcar were unable to seriously breach Gaoth Dobhair’s rearguard which served as a launching pad for many of Gaoth Dobhair’s attacks.

The ultimate difference between the two teams came down to goals. Goals are decisive in senior championship football where the two opposing teams possess similar and like talents. I thought that Kevin Cassidy was once again pivotal to Gaoth DobhaIr’s attack. His strength and experience worried Kilcar’s defence all afternoon. Kilcar will be disappointed with their overall display, especially defensively. Gaoth Dobhair got their match-ups correct stifling Kilcars potent attacking unit. It was a thoroughly enjoyable game where two fantastic teams gave it their all.

The other semi-final was also a great game where Glenties and St. Eunan’s went toe to toe in a riveting contest. To be honest, this game could have gone either way right up to the last minute. Naomh Conaill were coasting for long periods but time after time they let the Letterkenny men back into the game.

A fortuitous goal for St.Eunan’s early in the second half drew the sides level. From then on it was an end to end game where both teams traded scores. On the day, I felt that the Glenties men had too much power and experience for this youthful and upcoming St. Eunans team.

Naomh Conaill’s ‘know-how’ in drawing frees and their decision making on the ball proved decisive. At times, St. Eunan’s were impetuous and took the wrong option at vital times. Yet, they will be sorely disappointed with this defeat while Glenties will be delighted to have reached their third consecutive final.

Again, credit must be given to manager Martin Regan and his players who dug deep to grind out their victory under immense pressure. That Gaoth Dobhair and Naomh Conaill won their respective games weren’t shocks or even surprises. Gaoth Dobhair were never going to let their title slip without a fight and Glenties have a tried and proven record at senior championship level in recent times. Again, it will all be on the day when both teams go head to head in the final. It’s anybody’s guess as to who the victors will be. It’s certainly will be a contest not to be missed.

The Intermediate Championship has hit a bit of a brick wall in respect of the semi-final replay between Aodh Ruadh and Cloughaneely. Common sense would dictate that the replay should be played this weekend. The current format of playing the championship at all grades on consecutive weekends at this time of the year isn’t exactly an ideal scenario for club teams. It’s far too taxing on the players.

It’s the club versus county issue rearing its head again. It has been a long season for all involved in club football and with the provincial club championship imminent, there’s pressure on all county boards to get the championships wrapped up.

This objective has quite a bit to go yet. Aodh Ruadh were fortunate to come away with a draw against Cloughaneely. St. Nauls, who beat Naomh Brid, are already in the final and will rightly feel that they too can win the championship. Junior title favourites Buncrana will play Letterkenny Gaels in the final after both had victories over Convoy and Na Rossa respectively.

The club is the heartbeat of the GAA and it would be remiss of me not to mention my home club Red Hughs who have reached the Intermediate B Championship final. Red Hughs is your typical rural club that strives to maintain numbers, uphold Gaelic traditional values and provide a release valve for players and supporters alike who are, in these modern times, confused and worried by social and economic issues.

For us to beat ‘big name’ clubs or ‘big town’ teams, is something special. Our youngsters plus two ould fellas did just that last weekend when we beat the mighty Aodh Ruadh from Ballyshannon. This type of victory resonates with all small rural clubs. The club championship is special too and should be treated so. Let’s hope that the CPA achieves its objectives.