Eventful week for Seamus Coleman with Everton and Ireland 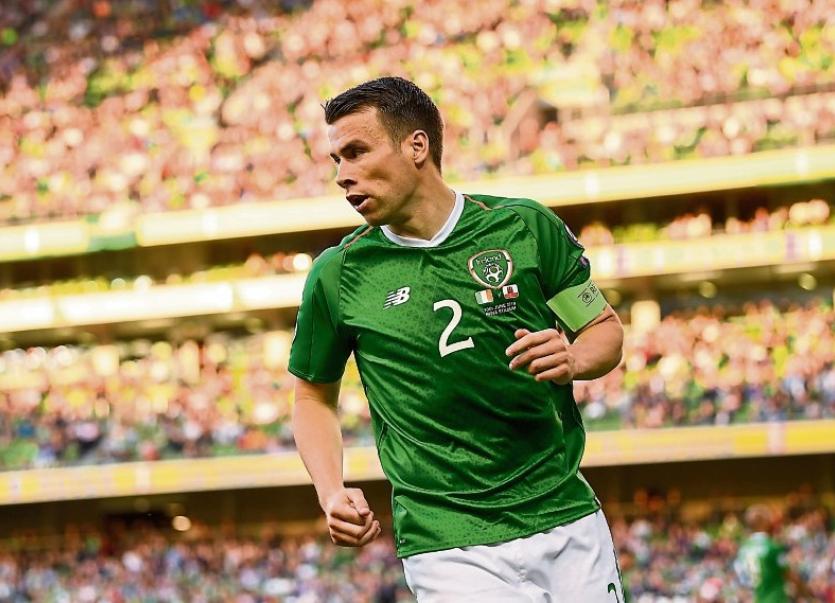 The next few days will be very important for Seamus Coleman of Killybegs and his Republic of Ireland colleagues as they embark on two important away games in their quest to qualify for the Euro 2020 competition.

It has already been an eventful week for Coleman as he was red carded in the Everton versus Burnley game at Goodison Park on Saturday.

The Irish captain was dismissed on a second yellow card with his first challenge on Erik Pieters creating some controversy. However, Coleman was very apologetic about the challenge and was immediately concerned for the Burnley player's welfare.

Coleman spent a year out of the game with a broken leg recently and it was obvious that his challenge was not malicious.

This week he will have plenty to occupy his mind as he leads Ireland against Georgia on Saturday and on Tuesday next they face Switzerland.

Saturday's game against Georgia is in Tbilisi, and has a 2 pm Irish time kick-off.

Then on Tuesday night they face Switzerland inStade de Genève, Geneva, at 7.45 pm.

At present Ireland top the Group D table but Denmark are just two points behind while Switzerland trail by three points but have a game in hand. Four points from these two away games would put Ireland in a strong position in the group, but they have been hit by injuries and suspensions, especially in defence with Richard Keogh out injuried and Enda Stevens suspended. They are also without centre forward David McGoldrick.