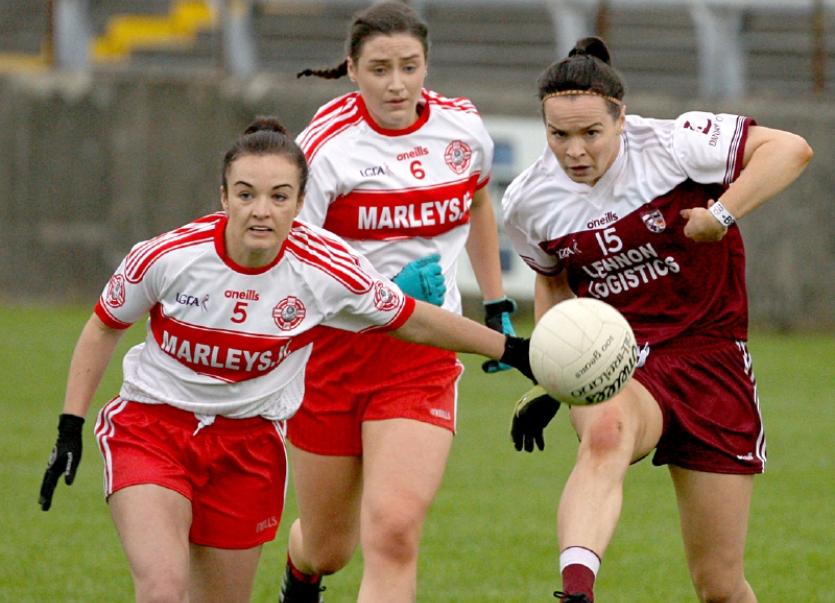 Termon are on the Ulster championship trail once again this Sunday when they entertain Tyrone champions, St Macartans, in the Ulster semi-final at the Burn Road. (2 pm)

Last winners of the provincial championship in 2014, Termon go into the tie on the back of a 5-9 to 0-8 victory over Clann Eireann, the Armagh champions, in the last round.

That game was also at the Burn Road while St Macartans also recorded a runaway win over the Cavan champions. St Macartans from Dromore are managed by former Tyrone three times All-Ireland winner Ryan McMenamin, the current Fermanagh senior manager.

“St Macartans are a strong side. They have been knocking about for the last few years,” said Termon manager Shaun O’Donnell.

“Paula Donnelly scored 2-3 and Chloe McCafferty scored 1-5 in their win over Crosserlough. They are two very dangerous forwards and will take watching.

“They won Ulster in 2017 and were beaten in the final the year before and have been the standard bearers in Tyrone for the last few years.”

Termon have been dealt a double blow ahead of Sunday’s game. Eimear Alcorn has been hit with a four week ban after being sent off in the last game against Clann Eireann.

And Eva McDaid will miss the game through injury having picked up a knock in a school game, the day after the Clann Eireann game.

“We are going to have to shuffle the team about a bit from the last game. I’m happy enough we have the cover to replace Eva and Eimear, they both played half-back against Clann Eireann.

“The only thing is it weakens our options on the bench but that is the hand we have been dealt and we are going to have to get on with it.

St Macartans may be coming to the Burn Road with a big reputation, but this does not faze the Termon boss.

“A lot of teams nowadays focus too much on the opposition. I’m not into that at all. We are aware that Paula Donnelly and Chloe McCafferty are class forwards and have the ability to score goals.

“But we still stick to our game plan and I’m confident if we do we have the forwards, with a decent supply, to score goals at the other end. The important thing is we do not concede goals.”

Geraldine McLaughlin and Bridget Gallagher scored two goals each and Eva Alcorn one in the 16 point win over the Armagh champions.