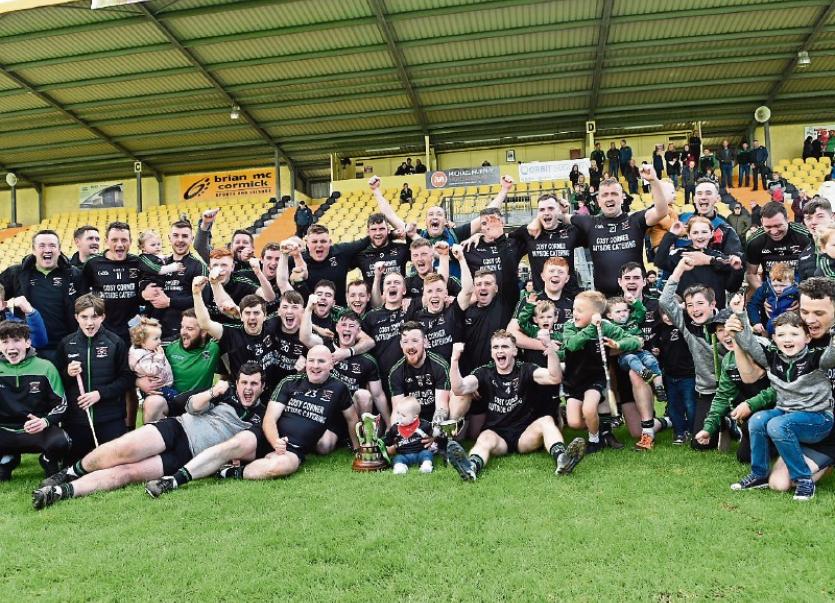 Setanta are back in the Ulster championship and facing Lamh Dearg, Keady, in the first round of the Intermediate Hurling Championship on Sunday in O’Donnell Park. (2.30 pm)

It has been a long break since their Donegal senior final win over St Eunans which manager Paul Campbell feels is far too long a break.

“It will be seven weeks on Sunday and that is far too long. The only consolation is that it has been a longer break for Keady. They played their final on August 10,” said the Setanta boss.

“It comes at a time of the year when it is difficult to get meaningful challenge games with clubs busy with county finals and club football.”

Setanta managed to play two challenge games at the weekend. They played Easkey from Sligo, who are preparing for the Sligo final, on Saturday in Ballyshannon.

And they played Naomh Colmcille from Tyrone on Monday night.

They won both games though Monday night’s game against Naomh Colmcille proved costly with the loss of Kevin Campbell to injury.

“We had a good tight game against Easkey and we won by a goal. The Naomh Colmcille game was a bit one sided but the real downside is we lost Kevin (Campbell) to a shoulder injury.

“He tore ligaments in the shoulder and is out for the rest of the year. He is a big loss because he was our freetaker and was playing well.

“We are lucky Declan Coulter is fit again and has been going well in training so he will take over the freetaking again.”

The former Armagh player and current Donegal senior missed all of Setanta’s championship games up to the Donegal final. He returned for the final and posted 0-8 against St Eunans with very little training in the bank.

Now with three weeks training under his belt the Nicky Rackard All-Star will lessen the loss of Kevin Campbell. But nonetheless Campbell was playing well in general play and his presence on the edge of the large rectangle will be missed.

“They are one of the top hurling clubs in Armagh and have eight starters on the Armagh senior team.

“Their main men are James King at centre half-back, Paul Greene, at centre half-forward, Paul McCormack at full-forward and Conor Corvin at corner-forward.

“After losing last year’s Ulster final they will be going all out to get back to another Ulster final again this year.

“But it is a home game for us which is worth two or three points and hopefully if we can shake off the rustinness we can come out on the right side of the result.”

Other than Kevin Campbell, the Donegal champions have no other injury worries and are looking forward to getting a crack at the Ulster championship.