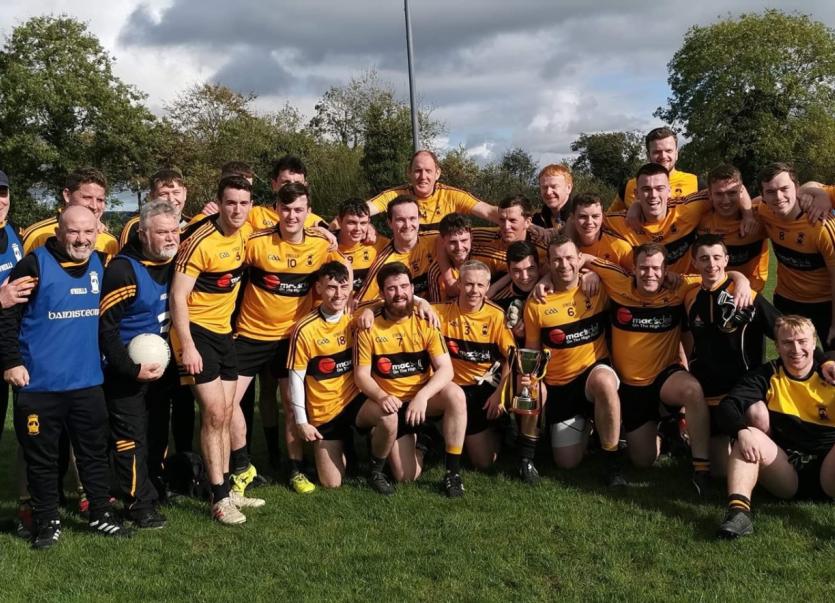 On a day St Eunans legend John Haran completed a unique record of winning a championship at all levels from U-12 to senior it was another of the club’s old guard who stole the show for the club.

In a hard fought and close encounter until the closing minutes it took a Kieran Sharkey goal four minutes from the end of normal time to finally settle the tie.

The decorated Sharkey, though named at full-back, spent much of the game out around the middle of the field was involved in the move a number of times before he palmed to the MacCumhaills’ net.

The goal came a minute after another veteran Paddy McGowan had converted a 35 metre for the lead for St Eunans for the first time.

MacCumhaills, who suffered a heavy defeat to St Eunans in the group stages, led by two points - 0-5 to 0-3 - after the first half had been delayed for 50 minutes due to an injury to MacCumhaills corner-back James Beirne.

The defender suffered a knee injury on 14 minutes which resulted in the game being held up until an ambulance arrived and the player was removed to the hospital.

The sides were level at 0-2 each when the game was stopped. Conor Glackin (2) for  Sean MacCumhaills and Paddy McGowan and Matthew McGovern for St Eunans.

Fintan Griffin, who had big game in the middle of the field for MacCumhaills, opened the scoring on the resumption and with St Eunans failing to fire Glackin another for a two point half-time lead.

Sharkey and Matthew McColgan tied up the game within minutes of the restart.

The sides were level four times in the second half as Glackin and Matthew McGovern and Conor McCormack and McGowan traded points before McGowan edged the black and ambers ahead by one. This was just before Sharkey struck for the vital three pointer and the defining goal.