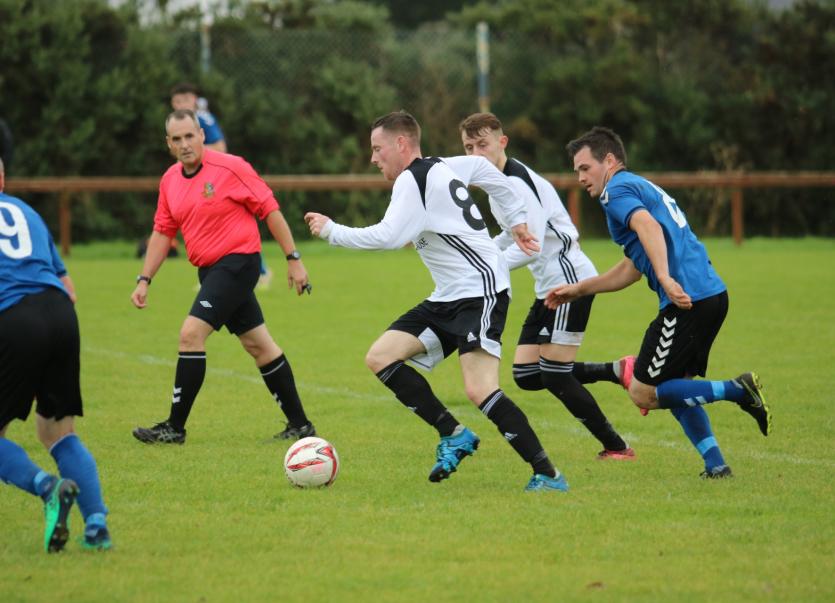 Cup holders Bonagee United are safely through to the quarter-finals of the Knockalla Caravans Cup when they began the defence of their title with a comfortable win over Castlefinn Celtic.

Saturday night's match marked the start of a busy weekend of cup action across the county.

On Sunday, Fanad United held off the challenge of in-form Kilmacrennan Celtic at Triagh a Locha, winning 2-0 thanks to goals from Paul Bradley and Dean McCarry. Letterkenny Rovers pictured before their cup win away to Greencastle FC on Sunday PICTURE: STEPHEN DOHERTY

They go on to meet Letterkenny Rovers at Leckview Park in the quarter-finals. Letterkenny came through against Greencastle on Sunday, winning on penalty kicks after the tie finished 1-1. Gary Merritt scored the equaliser for Rovers after Jamie McCormick had given Greencastle the lead from the penalty spot. Greencastle FC - beaten in the cup by Letterkenny Rovers

In an all-Inishowen League clash, Aileach defeated Glengad United 4-3 to go through to the last eight where they will now meet Cockhill Celtic.

Connor Barrow hit two for the winners for whom Cathal McDaid scored a late penalty to win the tie.