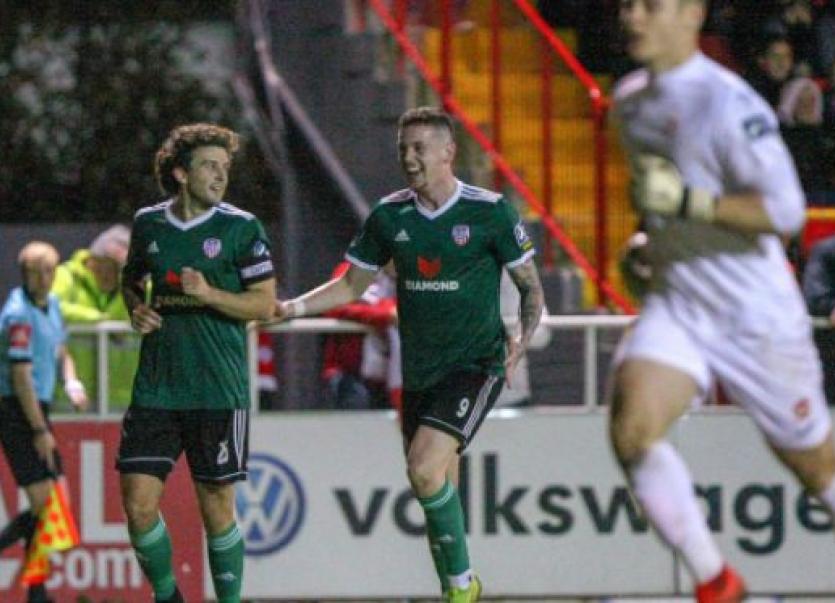 Finn Harps final league game of the season, away to great rivals Derry City, may be one of the most low key north-west matches ever.

Derry have one foot in next season’s Europa League after a thoroughly deserved 2-1 win over Sligo Rovers at the Showgrounds on Saturday evening.

Declan Devine’s men now need only a point to secure European football against St. Patrick’s Athletic on Tuesday night at the Brandywell.

If they get a draw or win City will be guaranteed of fourth spot, and then their final game against Harps will be of academic importance only with Harps already certain of finishing second bottom.

City started the game well but fell behind on 13 minutes when full back Lewis Banks put Sligo ahead.

Derry equalised just after half an hour when Ciaran Coll and Barry McNamee combined on the left and the captain’s cross fell for Jamie McDonagh on the edge of the area and he volleyed it left-footed beyond McGinty and into the corner of the net.

McGinty was at fault for Derry's second goal which turned out to be the winner.

Attempting to clear the ball, he only succeeded in cannoning it straight off McNamee and the ball ricoched into the net to give the Candy Stripes the lead.

Sligo upped their game in the second half but they failed to trouble Peter Cherrie and City held on to win.

Sligo stay sixth and have one game left (away to Bohemians), but could yet be overtaken by Waterford who host bottom club and already relegated UCD in their last fixture, at the RSC.