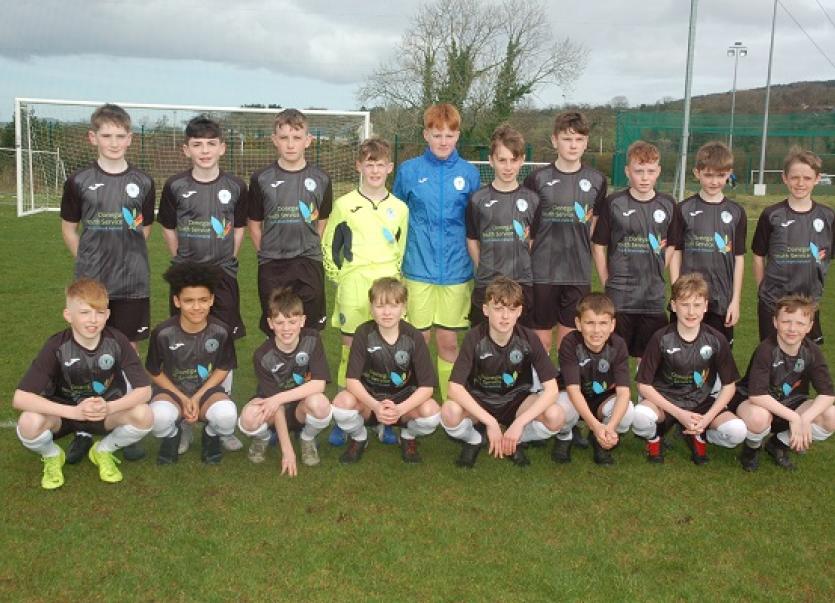 Finn Harps U-13s complete their inaugural League of Ireland season on Saturday with a National League final in Ballyare, kick off 3pm. They face Dublin side Shelbourne who advanced after beating Longford Town in the semi-final.
The U-13s have had an impressive season with Saturday's final being their 25th competitive national league game this campaign and head coach, Kevin McHugh, paid testament to the dedication levels and their progression throughout the season.
"It's not every week we have a Finn Harps squad in a national final, it's just rewards for the dedication of players and parents this past 12 months, regardless of how final goes on Saturday, as coaches we are more than delighted with the progression of this group, there is a real bond and you can see they enjoy it, which is testament to our setup with Conrad, Andrew and Nichola."
The U-13s have amassed 71 League of Ireland goals this season with the side only failing to score on one occasion. Former Drumkeen United striker Sean Patton has weighed in with 20 league goals and leads the scoring charts for the Harps U-13s.
McHugh was under no illusions of the strength of Saturday's opponents Shelbourne who topped a competitive south section of the national league shield, though added that the Harps U13s are more than capable.
"Shels are a top side and no doubt favourites, but these boys have proven they can compete with the best when they reach the levels we expect. Unfortunately we have three players out with injuries and are waiting on one more."
The final will be played at the recently relaid Diamond Park in Ballyare (kick off 3pm) and McHugh commented on the Donegal soccer public and their great support. "It would be great to see a decent crowd turn up, as it is a national final after all on our door step"