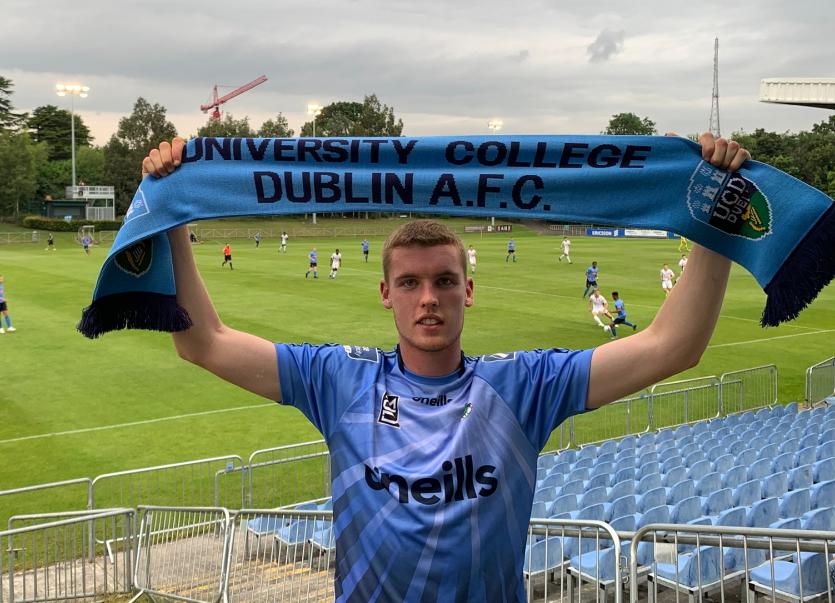 Jack Keaney hit a brace for UCD in their final game of the season last night against Waterford, although it was not enough as they went down 4-2.
Both of the Donegal Town man's goal came from the penalty, both expertly put away. The first came after 32 minutes and it drew UCD level, while the second turned out to be a consolation goal late on.
Keaney joined UCD in the middle of this season after playing for Sligo Rovers at the start of the season and he will have good memories of the opening game when he hit a wonder free kick which saw Sligo take a share of the spoils against the eventual champions, Dundalk, in Oriel Park.