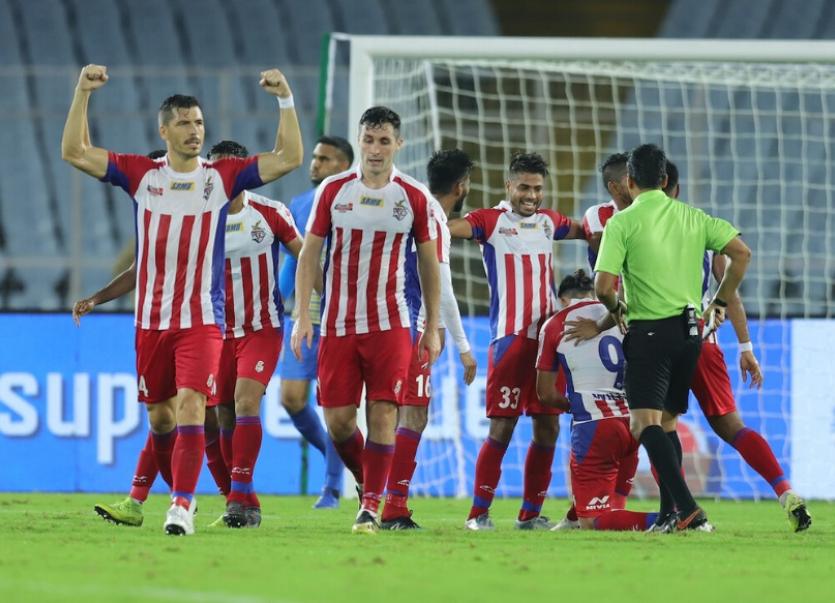 After losing their opening game, Carl McHugh ATK got their home league campaign off to a flyer by putting five past debutants Hyderabad FC in their Indian Super League clash at the Saltlake Stadium on Friday.
McHugh, who hit a stunning free kick goal in their opening game last weekend, was not on the scoreboard this time around.
ATK probably sealed the deal in the first 45 minutes itself taking a 3-0 lead with David Williams scoring a brace in the 25th and 44th minutes.
ATK's star Fijian recruit Roy Krishna also got his name on the scoresheet with a goal in the 27th minute before Edu Garcia completed the humiliation, striking twice in the 88th and 90th minutes.
The Antonio Lopez Habas-coached side thus returned to winning ways in emphatic fashion after suffering a 1-2 reversal in their opening game in Kerala on October 20.
The home side pressed hard from the start and it was Michael Soosairaj who returned unlucky in the 19th minute when his shot ricochetted off the far post from 15-yards out.
Finally they got a well-deserved lead when Javier Hernandez slided an excellent through ball towards Williams, who took one touch and then beat the goalkeeper to give ATK the lead in the 25th minute.
Putting them in total control, Roy Krishna got the second when Williams came down the left flank to set up the goal.
It was Jayesh Rane who played a through ball to Williams straight down the middle and the latter made a clean move to bring up his second goal, beating the goalkeeper.